The most inhumane incident to happen on American soil, the 9/11 attacks, left a trail of destruction which is permanently written in the minds and on the hearts of Americans. Even after 20 years, the pain enacted by the attacks on this day seems fresh and live for survivors and those who lost their loved ones. The whole country was shaken and plunged into unforeseen moaning out of the blue, and the impact was felt across the globe, with almost every country sympathizing with the US. On a list of the most intense acts of terrorism, 9/11 might rank at the top.

Aftermath revelations brought out the whole story about events that took place before and after the execution of the attacks by Al Qaeda.

Earlier in the day

In the US, people woke up on a regular Tuesday, which was supposed to be a working day, and went on with their daily routine. Centers were filled with people handling their business, and a hive of activities in the most central business district was witnessed. The World Trade Centre (WTC), a massive complex of seven buildings in Lower Manhattan`s Financial District, was a highly concentrated establishment containing various fully packed workplaces, which is why it was chosen as a target by the terrorist group. 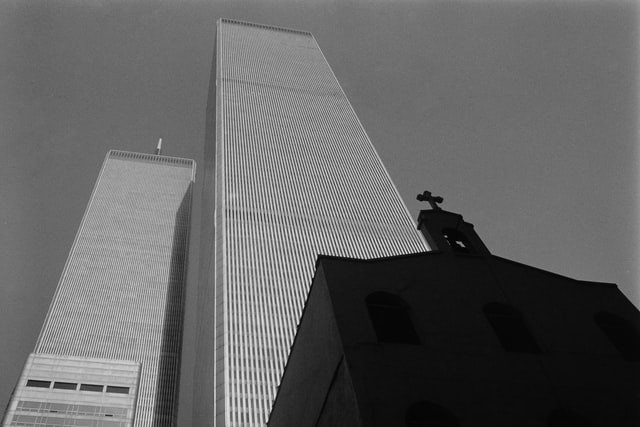 Behind The Scenes Of The Four Coordinated Series Attacks

In order to exert devastating damage on the American territory, the attackers planned to launch their attacks at the same time. This would have undermined any efforts of quick reaction by Americans to defend themselves, and the numerous attacks would have a significant impact in crippling even the local services from responding to the four attacks immediately. In a well-organized attack, each Al Qaeda group was assigned a plane to board and hijack. And simultaneously, the responsible ‘agents of destruction carried out the groundwork of their plans as doled out by their superiors.

Narrations from a commission that was set to investigate these attacks brought out operations behind the scenes and gave more information on all the people involved in this unforgettable mass killing act. It was revealed that the first hijacking team was led by lead hijackers Mohamed Atta and Abdulaziz al Omari, who went to Boston around 6 am to board an aircraft they were going to hijack. Atta had received pilot training together with other leaders in the US, and on this day, he boarded American Airlines Flight 11 at Logan [Source]. Other members of this team included Waleed al Shehri, Wail al Shehri, and Satam al Suqami.

The second hijacking team arrived at the Newark International Airport in New Jersey, where they boarded the United Airlines Flight 93 around 7 am. Among the passengers was the team leader Ziad Jarrah (26) and his members, including Ahmed al Nami, Ahmed al Haznawi, and Saeed al Ghamdi. Their fifth member failed to join because he had been denied entry into the US by immigration officials in August. During that timeframe, the third hijack team arrived at Washington Dulles Airport in Virginia and boarded the American Airlines Flight 77. This team was led by Hani Hanjour (29), who was flanked by Nawaf al Hazmi, Khalid al Mihdhar, Majed Moqed, and Salem al Hazmi. The fourth hijack team also boarded Flight 175 at Boston’s Logan airport around the same time. Marwan al Shehhi led it, and his team members were Fayez Banihammad, Hamza al Ghamdi, Ahmed al Ghamdi, and Mohand al Shehri. This kind of coordination shows an organized execution of a plan plotted and laid out for months.

Composition of passengers and crew members on the Flights hijacked

As the first one to leave, Flight 11 got hijacked before two other hijack teams took off. It is believed that Waleed and Wail al Shehri unhooked their seat belts and advanced towards two crew members whom they stabbed. Their leader Atta went to the cockpit while a passenger was stabbed after trying to stop another hijacker. The hijackers sprayed mace in the first and business class cabins, and minutes later, a crew member alerted authorities on the ground about the stabbings. Soon after, the plane’s transponder was turned off, and air traffic control realized that a hijacking had taken place. The plane changed direction and headed to New York, and Atta spoke on the radio that the aircraft was returning to the airport and began descending.

US authorities posited that Flight 175 might have been hijacked after the terrorists managed to break into the cockpit and stabbed the pilots together with some crew members. Al Shehhi took control of the plane, and passengers were forced to the back of the cabin while the transponder was turned off.

On Flight 77, the pilots and crew members were lucky enough not to get stabbed but were told to go to the back of the plane together with passengers. Minutes later, the plane changed its course and went towards Washington DC.

Taking control of Flight 93 was not easy since the pilots had heard about the WTC hit by Flight 11, so they tried to fight off the hijackers. However, air traffic controllers heard the moaning sound of one of the pilots and a crew member who was being silenced. A passenger was able to call his wife and informed her about the hijacking and the death of a passenger who had been stabbed. The wife told him about the WTC attacks, and he said the hijackers were overheard talking about crashing the plane. The plane turned around and went towards Washington DC.

Crashing of the Planes

During the hijacking of Flight 175, Flight 11 crashed into the north side of the WTC’s North Tower. Floors 93 to 99 started burning because of a fireball that erupted after the crash. About 16 400 to 18 800 people were believed to be inside the WTC at this time. Around 1 300 were on the floor, which the plane hit directly, and others died on the spot. More damage was caused by the spilling of jet fuel which ignited flames and burned many people, as reported by the firefighters. The tower collapsed 42 minutes later after the hit.

A few minutes later, as people were still in shock of the Northern Tower hit, Flight 175 crashed into the south side of the South Tower, which collapsed 56 minutes later after it was hit. Floors 77 to 85 were covered in raging flames, and the plane’s parts were scattered in different directions due to the crushing force, and they hit a smaller building in the complex (WTC5 building). Reports noted that some people had evacuated from the Southern Tower after the Northern Tower was hit, resulting in fewer deaths.

More misery came soon around 9 am as the Pentagon was hit by Flight 77 on the western side. Air traffic controllers were blinded by the turned-off transponders and could not locate the planes. About 125 lives were lost in the Pentagon. After realizing that the US was under serious threat from these attacks, the US airspace decided to ground all civilian planes at the nearest airports.

Flight 93 passengers had heard about the WTC attacks and knew that they would suffer the same fate. Most of them had communicated with their families through cell phones and had enough information to make an informed decision. Passengers agreed to revolt against the hijackers. The cockpit recorder played sounds of struggle, and a hijacking pilot was heard threatening to crash the plane, and it is not clear if the brave passengers managed to get into the cockpit. Due to the struggle, the plane crashed “into the open ground near Shanksville, Pennslyvania” [Source].

These courageous souls who successfully avoided being crashed into their countrymen are described as heroes in the US, and their act was applauded by many people, with a movie produced in their remembrance. 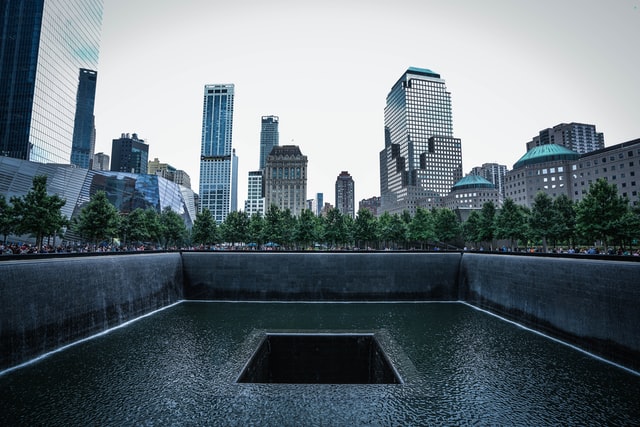 The extent of the losses incurred.

All the passengers and crew members lost their lives on this day. Released reports show that about 2 996 people were killed in less than 12 hours [Source], and it was an intense situation that caused the US authorities to put the nation on DEFCON3 “for the first time since 1973”. The victims’ ages ranged from two to 85 years, and 80% were men [Source]. Identification of all who died took a lot of time as some were burnt and personal documents were destroyed. Families had to spend many days waiting for local authorities to remove rubble and find their loved ones. The WTC was completely demolished together with office equipment and infrastructure, and up to date, it “is still a work in progress” [Source].

The 9/11 attacks are permanently engraved in the inner core of most Americans, and on the anniversary of such a day, one can shed tears due to the deep sorrow associated with it.