34 Politicians Assassinated in Mexico In This Election Season

This file is licensed under the Creative Commons Attribution-Share Alike 3.0 Unported license.

Mexico has been marred with political violence for a veg time. This has been blamed mainly on gang activities, a popular lifestyle in the country influenced by drug dealers and drug lords such as Joaquin “El Chapo” Guzman and Ismael Zambada Garcia. “Mexican cartels,” a term used for such drug-dealing gangs, have been used as a political instrument in intimidating government officials, politicians, and electoral candidates. Such is now the norm whenever the country goes to the polls.

According to the Etellekt Analysis of Political Violence in Mexico 2021 [Source], political violence incurred in Mexico since September 2020 up to date, given the impending 06 June 2021 elections, has mounted to an alarming number of violent incidents. Prominent politicians have been assassinated in a disorderly manner, others kidnapped and tortured, leading to some electoral candidates withdrawing their candidature, fearing their safety.

Politicians have lost their lives in the Mexican buzz due to political violence and terrorizing gangs’ actions. One of the first politicians to be murdered amid the 2021 pre-elections preparations launched in 2020 was Homero Gomez Gonzalez, who was once a mayor and commissioner of El Rosario. It is reported that Gonzalez was kidnapped in January 2020 and ransom demanded by the kidnappers. Even though the family paid the ransom, his body was found later dumped.

Another Mexican politician to suffer the same fate was Erik Juarez Blanquet, a former teacher, and Party of the Democratic Revolution member. As he was traveling in a truck, motorcycles approached, and the riders shot him at least five times before they escaped leaving their motorcycles. According to reports from Mexico, police caught the killers.

Cesar Chazvez Garibay was also a victim of political violence in Mexico. He was the former mayor of Apatzingan and a municipal president of Apatzingan and was shot dead on 6 October 2020 around 2 pm near the Las Palmas neighborhood. He later died at a hospital, and it is believed that a firing firearm gunned him down. 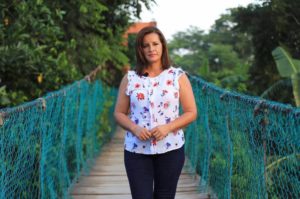 The violence did not exclude female politicians as Florisel Rios Delfin, a vibrant female politician, was kidnapped by a commando who broke into her house. She was the Mayor of Jamapa and a municipal president in Veracrzu. In November 2020, she was abducted and found dead the following day in the countryside of Medellin de Bravo. She was a member of the Party of Revolution Democracy Party (PRD).

Later in that same month, the PRD party lost another candidate Antonio Hernadez. He was the mayor for Chilapa, shot by armed men on November 25, 2020, where he was looking over his construction materials at his business place.

The former mayor of Tehuipango, Domingo Panzo Tecpile, was assassinated in December 2020 by a gang of men with guns. The assassination took place in a clothing store where Tecpile was shot by four intruders who had entered his clothing store. Tecpile was going to be a candidate for the PAN-PRI-PRD coalition of the Zongolica district council.

On 22 December 2020, Jorge Aristoteles Sandoval Diaz, an Institutional Revolutionary Party (PRI) politician and a former governor of Jalisco, was killed in a restaurant. Diaz was shot from behind together with three other people. His bodyguards tried to carry him to the hospital, but they were shot, and they all died on the spot.

In another reported incident of political assassinations, Antonio Acosta Cano died after being gunned down by two men who approached him as he ran in a downtown area and discharged their guns at point-blank range. At the time of his death, he was a candidate for municipal president and deputy in the congress of Guanajuato.

A lawyer by profession, Leobardo Ramos Lazaro, was murdered on February 4, 2021, in his dark grey truck in the Juchi neighborhood. The firearm was discharged in his direction, and the bullets hit him.

Morena’s Candidate for Mayor of Ursulo Gilberto Ortiz Parra, was killed in the municipality of Puente Nacional. The perpetrators were a group of armed men who ambushed him while he was on a highway.

One of the saddest murders of politicians was former mayor Gladys Merlin Castro and her daughter Carla Enriquez Merlin, [Source], in Veracruz on 16 February 2021. Carla Enriquez Merlin followed her mother into politics and was the PRI deputy and a mayoral candidate. According to the Mexican news reports, a commando broke into their home and shot them, which is why some sources were saying that it might have been a robbery and not necessarily a political case.

While sitting in a cafeteria, a particular person approached Ignacio Sanchez Cordero. The latter was a candidate for the Green Ecologist Party of Mexico, shot him in the head, and then fled. Cordero was taken to a private hospital, but he did not make it. He had served as a secretary for Social Development in the City Council.

Another drive-by shooting occurred in March 2021 when Jose Melquiades Vazquez Lucas was shot while driving his van. Reports suggest bullets came raining on his van from a white van that was passing by.

The month of March also saw another murder of Yuriel Armando Gonzalez Lara, shot on the 4th of March around 10 pm close to the Institutional Revolutionary Party (PRI) establishment. Lara was an expert lawyer in criminal matters and once served as a judge in the State Judicial Branch.

As he sought re-election as the mayor of Casimiro Castillo, Alfredo Sevilla’s political aspirations never came true. His life was cut short on 10 March 2021 on the highway from Casimiro Castillo to Autlan de Navarro, where he was found dead. It was concluded that the cause of death was a gunshot.

This was followed by another traumatic murder of a municipal judge and Chilon mayor candidate Pedro Gutierrez and his son Kevin Gutierrez and a man only identified as Jorge. They were shot and burned inside a vehicle by armed men. Only Gutierrez’s wife managed to escape after the car they were traveling in had veered off the road because of the bullets fired at them.

National Action Party mayor candidate in Ocotan, Ivonne Gallegos Carreno, was killed by armed men as she was traveling on a highway on 20 March 2021. Carreno was a former lawmaker in the Oaxaca Congress, a feminist, and a dentist.

The mayoral candidate for Land de Matamoros, Arturo Bautista, was found in municipal president Jesus Ponce’s property. This was after Arturo had been reported missing.

Mayco Fabian Tapia Quinones, a local deputy for Fuerza Por Mexico, died on 24 March 2021 after he had tried to help a trader who two gunmen were harassing. One of the men shot him outside the market in Monterry, and he later died.

More bloodshed was witnessed in April as Altamirano Gonzalo Elias Zopiyactle’s body was found decapitated on 3 April 2021. He had previously held the office of municipal president of the Mixtla de Altamirano.

Later in that month, Francisco Gerardo Rocha Chavez died on April 24, 2021, after being bullet sprayed by a gang of men with firearms. Chavez was a candidate for local deputy of Tamaulipas and an amateur soccer player.

One of the most recent political assassinations is the murder of Fransico Abel Murrieta Gutierres on 13 May 2021. He was a Mexican lawyer and politician of the Institutional Revolutionary Party. He was shot and killed in Ciudad Obregon on 13 May 2021 while standing on a street corner handing campaign flyers for the municipal presidency.

The most recent murder incident is that of the mayor candidate Alma Barragan who was shot dead on 25 May 2021 at an outdoor event. She had revealed her location on Facebook Live, inviting potential voters to join her as she was campaigning.

These killings have been the weather-storming in Mexico as they prepare for their 2021 legislative elections.