Afghan Interpreters May Be Left In Danger As US Military Leaves

The US withdraws from Afghanistan; Afghan Interpreters Fear Being Left Behind

The United States of America (US) is now withdrawing its troops and NATO allies from Afghanistan after 20 years of serving. The sting of Tuesday morning on 11 September 2001 attacks on the American soil caused great pain to the Americans, and they decided to flood Afghanistan with troops of army soldiers.

Popularly referred to as 9/11, an Islamist extremist group made these attacks called Al Qaeda. It was a coordinated four series of attacks in which Al Qaeda hijacked four commercial airplanes. Two planes crashed into the American Twin Towers, and the third one crashed into the Pentagon. After realizing that the hijackers planned to crash the plane to cause mass deaths, passengers of the fourth plane fought the hijackers and managed to crash the plane in an open field in Pennsylvania. 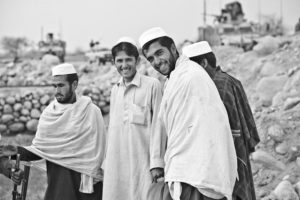 This sad event left the Americans agitated, and they invaded Afghanistan, which is home to the Al Qaeda group. The reason for this invasion was to fight terrorism in the area and stop any future attacks. But, unfortunately, Afghanistan is tainted with extremist groups of terrorist acts such as Al Qaeda, Taliban, and ISIS, so the US wanted to dissolve all these groups of terrorists.

After a long time exchanging bullets, battling, and negotiating, the US is now bringing its troops back home. In their Afghanistan operation, the US would get assistance and help from the citizens of Afghanistan. These ‘helpers’ would be employed as translators or interpreters. Because of their valuable service to the US army in implementing anti-terrorism programs, the US government also decided to help them live in dangerous areas.

Therefore, in 2006 the US government approved the ‘Special Immigrant Visas’ (SIV) designed explicitly for these various interpreters/translators. Section 1059 of the National Defence Authorization Act for Fiscal Year 2006 approves the issuing of visas to the foreign nationals that are relocated to the US. Initially, the program was supposed only to give 50 visas annually but expanded to 500 only for the two years, that is, 2007 and 2008 [Source]. 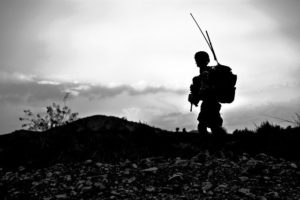 The law states that for one to be eligible for the SIV, that person has to work with the US army or work under the Chief of Mission authority at US Embassy Baghdad or US Embassy Kabul. The law was for people from Afghanistan and Iraq. Records show that over 20 000 visas were issued to Afghanistan citizens from 2019 up to March 2021, which means that the program is relocating many people that would have helped the US achieve its war aims.

In February 2020, former President Donald Trump necessitated the signing of an agreement between the US and Taliban to stop the war that had been going for years in Afghanistan. This has been recorded as the most extended war engagement by the US troops. A special envoy from the US signed the agreement: Zalmay Khalizad and the Taliban political Chief Mullah Abdul Baradar.

Mike Pompeo, the US Secretary of State, was the witness [Source]. The agreement gave the US a request to remove the troops and NATO allies within 14 months, and the deadline was May 2021. The US government under Trump agreed and encouraged the Taliban to follow through with the agreed terms that it would cut ties with Al Qaeda and stop any extremist group from operating in its territory. According to the news reports, the US has managed to fly half of the troops from Afghanistan [Source]. 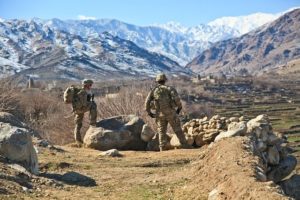 Those interviewed by the media claim that they have received threats from terrorists who want to murder them. Reports from the organization ‘No One Left Behind’ show that over 300 translators/interpreters or their family members were killed in the previous years, which means that the US government urgently needs to relocate those who helped them.

The reasons belted out by the SIV program officials in denying visas include being unfaithful to the US cause, indulging in unprofessional conduct, offering invaluable information, lack of proper documentation, and not serving the required length of service [Source]. Even those who carry recommendation letters from the US commanders they were working with have been denied a visa hence the outcry. But some analysts have argued that the program is facing challenges because it is understaffed and is not decentralized, so all the requests are shipped at a single facility.

The US seems to be putting a lot of effort into transporting the troops and ignoring its mandate to their ‘helpers.’ Given how resourceful the US is, issuing out visas should be a walk in the park, but the foreigners are now stuck in their country. As the withdrawal of the troops is gradually coming to an end and expected to be completed on 11 September 2021 (11 September 2021 marks the 20th year since 9/11 happened), the Afghanistan translators/interpreters can only wish for the US government to remember them as they might be attacked and killed if they are left behind.

UK and US Leaders Vow to Strength Science and Tech Collaboration