America vs Germany : How They Compare on Key Indicators

The United States and Germany are two of the world’s most economically powerful nations. They form the highest order of progressed economies that other countries yearn for.

When it comes to the military sector, the US is far ahead of any country since it has a large army. A fat budget aids this as the American government plans to bless the sector with about $777,9 billion this year [Source], which will be channeled towards defense. The US has over 800 foreign military bases worldwide and has military personnel in those bases.

Germany, on the other hand, has military personnel in other nations but only for collaborative projects. Germany has about 83,2 million people while the US has around 329,5 million as recorded in 2020 [Source]. As a result of this, the United States’ military sector is more well-equipped than that of Germany.

Germany was ranked in the top five countries with reliable health services [Source], and it was applauded for its reaction to the coronavirus outbreak pandemic. An analysis on the performance of healthcare systems carried out by the Commonwealth Fund this year found the US’s healthcare system wanting. The study included 11 countries: Australia, Canada, France, Germany, the Netherlands, New Zealand, Norway, Sweden, Switzerland, the UK, and the US. The findings concluded that the US had the poorest healthcare system and lagged despite injecting a lot of money into the sector.

Stats show that America has a diverse population caused by the influx of migrants settling in the country, which has enabled the country to have a broad taste of lifestyles that immigrants bring in. Due to this, America made significant progress in tolerance and acceptance of other social practices. This is why it is the center of LGBT movements, affirmative action, and equality movements. But Germany’s population is mainly characterized by Germans or descendants from that side.

When it comes to national activities, be it economic, social, or sports, the US overtakes Germany. Americans are constantly showing prowess in sports such as swimming, athletics with American Football and the National Basket Association gaining a lot of fans from all over the world. The Germans are quite impressive in soccer and producing world-class teams such as Bayern Munich and Borussia Dortmund. Also, globally American movies and music are consumed by most people, and the country puts a lot of effort into advertising itself. The “Hollywood” and “Las Vegas” entertainment spots are quite popular in various countries, and people undertake a long journey to visit those areas. But Germany seems reserved and does not market its image as compared to the US. 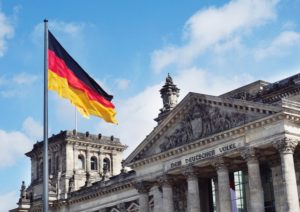 Americans are leading when it comes to literacy rates, as depicted by researchers on this matter. The life expectancy of Germany is recorded as 81,57 years while that of the US is 79, 11 [Source]. As noted by analysts, life expectancy in the US declined due to covid-19 and the staggering nature of the health department. Covid-19’s devastating effects changed a lot of these aspects in many countries.

One cannot dispute that American politics is a pertinent issue on the global platform, and the state is always marred with controversial leaders such as Donald Trump, Clinton, and Blair. Germany recently made the news for a tightly contested election that pitied Scholz and Laschet, but this cannot be equated to the Biden and Trump election run.

In terms of scientific research and technology, the US is regarded as leading since it has a lot of researchers due to the large population. It also collaborated with the UK and Australia to further develop this sector, which is essential in this global technological arena. The Germans do have a commendable technological industry which is ranked higher among developed states.

Cape Town Is Cutting Down Trees to Save itself From Drought.