It has been questioned whether Americans are too quick to sue since most of the lawsuits seem too frivolous and unnecessary. But people exert a lot of effort to push forward such lawsuits and get a ‘fair’ judgment.

One might argue that a series of baseless lawsuits are filed by desperate individuals looking for a pay-out or trying to settle scores. Usually, lawsuits are associated with a lot of money, especially if they are linked to a big company or corporate. It is rare to see anyone directly using the system or a certain government department because money is not released easily on that side. But established companies, mainly those in the private sector, lose a lot if they are dragged to court, so they opt for settlement and give money to the claimants. Because of this, Americans are too quick to sue these corporates. 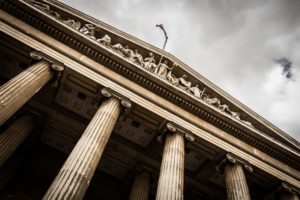 Also, American is a vocal party on the global scale when it comes to observing human rights. The country is consistently talking about human rights, children rights, animals’ rights, rights to sexuality, workers’ rights, and so much more. Due to this, many American citizens tend to exploit this ‘soft’ side of their government and pursue to sue any little action deemed to be misconduct against one’s rights.

Another reason which might prompt one to visit the courts too soon is the availability of resources. It is very expensive for low-income earners to find a lawyer and go against established companies, but most Americans are rich, so they can afford to sue. Those with few dollars are only motivated to sue when they see a chance to get paid more.

The country has experienced a surge in “outrageous” lawsuits which “greedy” claimants have filed. It is believed that the perception of MacDonald’s lawsuit by Stella Liebeck gave life to these “frivolous lawsuits”, and the trend has deepened its roots into the Americans [Source]. Because of such an occurrence, the concept of ‘Stella Awards’ was born, which is “a list of the most outrageous lawsuits ever filed”, and it has been in existence since the 2000s. 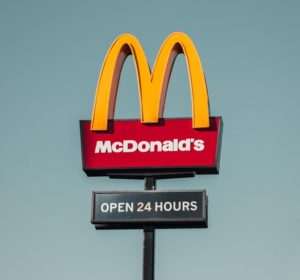 Stella Liebeck (79) attracted a lot of attention after suing MacDonald food outlet for a hot coffee she purchased in 1994. She “suffered third-degree burns in her pelvic region when she accidentally spilt hot coffee in her lap” [Source], and she was hospitalized for about eight days. She would get a skin grafting later on and spent the following two years receiving treatment on her skin. MacDonald was sued for selling hot coffee, which ranged at 180 – 190 oF (82 – 88 OC) and such a temperature was deemed too hot compared to other coffee sold in some establishments. Analysts called this case a “frivolous litigation”, which made a mockery of the judicial system. ABC News described it as “the poster child excessive lawsuits”, but legal scholar Jonathan Turley said it was “a meaningful and worthy lawsuit”.

However, the popular view stated that Liebeck’s MacDonald lawsuit is the mother of all outrageous lawsuits in America. The idea of ‘Sue-Happy America’ inspires everyone to file lawsuits for almost anything. Some analysts noted that “Because of this sue-happy myth spread by the insurance industry, most people believe that you really can sue for anything”.

Snopes gave a brief list of cases of this nature [Source], and they include a Texas woman who was awarded $780 000 by a jury for breaking her ankle after she tripped over a toddler who was running wild in a furniture shop. Reports show that the shop owners were surprised by the verdict but had to follow the law.

“When it comes to the lawsuit culture in America, most people will tell you that it is out of control” [Source]. Some people have serious cases, but they would suffer unfortunate incidents after trespassing or being present in an ‘out of bounce area’. In contrast, others get injured due to personal negligence or ignorance. Because of these, lawmakers are advocating for tort reforms, which entails implementing changes in the civil justice system to curb citizens from bringing “tort litigation” and reducing damages they receive.

Given the rampant nature of these lawsuits, it becomes imperative to adopt tort reforms as soon as possible so that people do not take advantage of the law in pursuing personal gains.

Food Banks: A Necessity in a Fractured Society