“Big Brother” surveillance is threatening workplace trust, especially between employers and employees. This form of surveillance is commonly used in reference to “any prying or overlying-controlling authority figure and attempts by the government to increase surveillance”. It is now a common trend in most established companies and government departments which focus on national security and classified information. 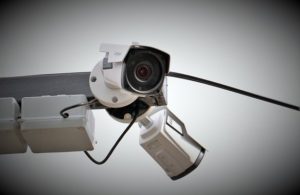 Just knowing that the employers are watching the workplace can cause intense pressure on employees and kills the trust between these two parties. According to the UK’s All-Party Parliament Group on the Future of Work, “use of algorithmic surveillance, management and monitoring technologies that undertake new advisory functions, as well as traditional ones, has significantly increased during the pandemic”. A European Commission research paper shared the same sentiments and noted that workplace monitoring surged drastically during the pandemic. Companies employed digital tools to track employee productivity during lockdowns [Source].

Analysts were concerned about the negative effects of spying and prying on people who come to work. The European Commission research paper argued that constant surveillance on the workforce tends to affect “employers and employees’ commitment to work”. Another similar research by the Joint Research Councils posed similar views on this issue and posited that “excessive monitoring has negative psychosocial consequences including increased labour resistance, stress and turnover propensity, along with decreased job satisfaction and organisational commitment” [Source].

Because of these effects, the report appealed to the government to “regulate for real accountability of AI in the workplace, including monitoring technologies” in order to motivate working staff and instil dedication. The Joint Research Councils report – Electronic Monitoring and Surveillance in the Workplace explained workplace monitoring, saying AI technologies aid it and exploit the gig economy while using Uber, Amazon’s Mechanical Turk, and freelancing system Upwork. It also utilised office-based systems, which include Microsoft Teams, Google Workspace, Salesforce and Slack.

St Andrews University School of Management professor Kirstie Ball commented on the downside of remotely checking up on employees, and said “With the pandemic, many people began working remotely and were distanced from colleagues, but started to feel monitoring was a lot more pervasive. If it feels that way, you get into problematic health and safety and psychosocial risks with workers. There is a decrease in job satisfaction, a decrease in maybe commitment to work, a decrease in trust in the workplace, increases in stress, and higher turnover potential.”

When a boss has their eye on subordinates, it usually feels like a parenting session instead of a professional working relationship between adults. Also, because it is likened to prying, some believe that it violates one’s conduct when executing duties, and a person cannot work freely while flexing since the boss’ eyes will be watching. Kirstie Ball’s report noted that keystroke, webcam, desktop monitoring increased in Europe and the US.

Ball was worried because employers no longer respect employees’ privacy as they treat workplace surveillance as a right. She alluded to the past where monitoring was limited to some industries and not in every business initiative. She addressed issues of employers abusing AI by saying, “And there is the fact that they might think that because it’s AI, it’s got to be right. In the past, employees surveillance debates were relegated to certain industries…but now it’s affecting everyone’s perspective, every type of work that’s out there.”

Lockdowns have made remote working the norm, and platforms for gig work can create new challenges for employees. Ball noted that “You have very little control over your work allocation on a platform because it’s algorithmically governed; what you get paid is dependent on your customer ratings and past performance. There’s no clear route through career development – although some platforms are looking at that. It’s like a pay-per-job work experience which is very precarious, and people have absolutely no rights at all”.

She further explained that, when using platforms for gig work, “Your work can be rejected without explanation, and you can also be fired – have your account suspended. There are certain things that you mustn’t do on a platform. You can get suspended for speaking to customers too much, criticising the platform too much, raising too many problems…And there are lots of ways in which you can get suspended”.

Because of these negatives to the monitoring of workers, Labour’s Shadow Digital Minister, Chi Onwurah, said, “The bottom line is that workers should not be subject to digital surveillance without their informed consent, and there should be clear rules, rights and expectations for both businesses and workers.”

However, the situation seems difficult to solve since many companies rely upon big brother to ensure that productivity is gained from the working staff. And this means that employees will continue to be disgruntled at work, thereby threatening workplace relations and leading to mistrust, especially between the managing staff and workforce.

China Warns US: "Play With Fire and You Will Get Burned"