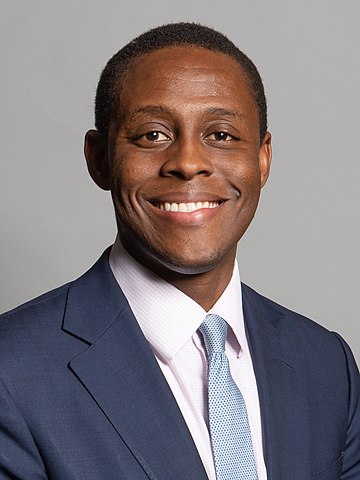 Mr Abimbola “Bim” Afolami was born to a Nigerian couple in Crowthorne, Berkshire. His father, Samuel is a consultant, and his mother is a pharmacist.

Bim Afolami spent his formative years studying at the Bishopsgate School, Eton College, and University College at Oxford. He earned his degree from Oxford University, served as an officer of the Oxford Union Society, and played football for the college team.

After a career in law, he became an MP and was elected to represent the people of Hitchin.

Mr Bim Afolami was appointed a parliamentary private secretary for the Department of Transport in September of 2018.

“Afolami said he supported the Prime Minister because he was confident in her leadership and believed she would deliver a withdrawal agreement which was good for Britain.”

The PRASEG is chaired by Abimbola “Bim” Afolami. The PRASEG is a cross-parliamentary group presenting the widest range and most powerful representation of every major party on energy and climate change in Westminster.

In this position, Afolami plays a key role in providing parliamentary activity to the UK’s Presidency of COP26.