Cape Town Is Cutting Down Trees to Save itself From Drought.

The city of South Africa, Cape Town, has been forced to implement drastic measures of cutting down trees to save itself from drought. Due to climate changes experienced worldwide, water levels are affected, and in some parts of the world, rain patterns can no longer be predicted. Scientists noted that temperature levels are surging because of the industrial process carried out by humans, especially developed nations that have coal-based economies. Investigative environmental reports stated that fossil fuels are major culprits in polluting the environment, in which China and the US were fingered as the biggest polluters. 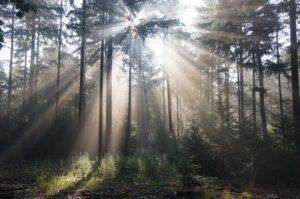 The water shortage situation in Cape Town brought down a threatening period termed “Day Zero,” which entails “the moment when some four million inhabitants would be left without water.” This period is bound to reach our doorstep if the existing environmental setup continues and no rectifications are done.

Cape town, one of the world’s famous cities, experienced a severe drought, propelling water shortages. Evaporation levels surged dramatically, and many wetlands were left dry, with streams going hungry for the precious liquid. Government residential councils reported on how local reservoirs were turned into “dustbowls,” and the water table kept going underground to lower levels where pipes could not tap into it.

In a bid to save their reservoirs, residents, together with local authorities, embarked on an unlikely and more unusual method of cutting down trees. This act of necessary deforestation was done to save surrounding water sources that were still available. It was proven that trees have a high water intake, primarily when they are found in wetlands or near a water reservoir.

This week, people were seen armed with chainsaws heading into areas filled with trees and chopping down thousands of trees. Many isolated pine trees were removed from areas with water intended to be used by people living in that area. “The pines are not indigenous to this area. They use up so much water – much more water than indigenous plants. This is the green infrastructure that we need to fix,” as noted by Nkosinathi Nama, who is part of the coordination team involved in the work for The Nature Conservancy on behalf of the Greater Cape Town Water Fund.

Pines were only brought into the city’s mountainous areas as a way to promote the timber industry. The trees then spread over these landscapes and occupied a lot of land, especially those with less vegetation. Studies on Cape Town’s vegetation’s water consumption revealed that “The pines, and other alien species like the eucalyptus, are now responsible for consuming an estimated 55 billion liters of water per year – equivalent to two to three months of the city’s annual consumption”.

Mr. Nama said, “One of the lessons of Day Zero is that our water catchment areas need to be rehabilitated and restored so that they are resilient.” BBC described this act as “a furiously ambitious, and oddly counter-intuitive battle to limit the impact of climate change.” The city seemed to be facing water shortages as it experienced the same condition in 2019 and 2018

SiyabongaMyeza, a community activist working for the Environmental Monitoring Group, commented that our people were scared of water shortages. He said that the “thought of running out of water as a city was quite tragic and very scary, and the city did quite well at preaching the message of saving water, and we halved our water use.” He added that “But in the long term, we probably need a more holistic shift of mindset.”

Water usage increased in Cape Town, and this was aided by irrigation. But farmers in the area agreed to halt irrigation activities. For now, Cape Town residents have decided to save themselves by cutting down pine trees as a response to the challenges of climate change. This is not an easy decision, but it will help them in the long run