China Moves From One Child to Three Child Policy

China has officially ended its One Child Policy and will now allow families to have three kids. The Chinese government’s decision, announced on October 29th, was a response to the country’s shrinking labor force which increased pressure on the economy and social services.

The One-Child Policy had been in effect since 1979, but last year China eased restrictions by allowing couples who are only children themselves or whose both parents were single children to have two kids. This latest change comes as China attempts to rejuvenate its population with new blood and reverse some of the economic woes that came with it. 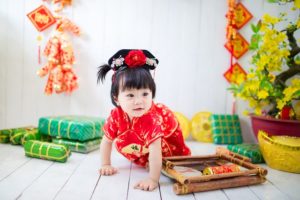 President Xi Jinping approved the change during a politburo meeting which he chaired, official news agency Xinhua reported. The politburo also said China would implement a delay in the retirement age of five years for female employees.

China’s fertility rate has fallen below the minimum level needed to maintain a stable population. In 2020, 12 million babies were born- 2.65 million fewer than were born last year, an 18% drop off from numbers reported in 2019.

Data earlier this year indicated a decline in the number of children being born.

Despite government efforts to encourage couples to have children, China has seen declines in the number of births from 17.2 million in 2006 to just over 12 million last year.

The increase in the cost of raising a child in China has been cited as one of the reasons for this constant decline.

Residents in China are also living longer, with the number of people over 60 years old expected to increase by 40% by 2030 from today’s level.

The last time Chinese birth rates rebounded was after 1978 when rural families were allowed two children and urban couples were limited to one child per family, but new legislation has failed to replicate this phenomenon.

According to this article, China will be transitioning from its one-child policy to three children per family allowance.

Furthermore, the government is providing supportive measures such as birth control advances and education funding.

Critics of this change cite the inefficiency of the two-child policy as a clear indication that this new policy will not work. Raising the number of children permitted from two to three when two didn’t work seems to ignore underlying issues. The Chinese government should have perhaps placed a vested interest in understanding why the previous action didn’t work.

He Yafu, an independent demographer from Guangzhou, believes that the two-child policy was of limited effectiveness and the announcement will not reverse what is already in progress.

“The relaxation may not achieve as much as the authorities would have anticipated. It’s too costly to raise a child these days, and housing is not cheap in China,” he said.

China’s demographic challenges have convinced the Communist party to amend their One Child Policy, allowing parents to have two children.

One of the worries of having an aging population is that there will be a shortage of people in the workforce to replace the old generation. There are several theories out to why this is not true, for example, that as baby boomers retire, fewer immigrants are coming into Canada. However, in spite of these counter-arguments, Canada and other developed countries are experiencing population aging, and with it comes increased health care costs and higher dependency ratios.

In China, which is the world’s most populous country, there are over 600 million people over the age of 65, and this is expected to increase to 940 million in 2050. This will translate into a huge health care need. In China, there are two main populations, children and those above 65 (The old). The majority of health care expenditure goes towards the old group, spending per person aged 65 or older reached 3.

Migration as a solution

The end of WWII saw nations that had been heavily affected open their borders to rebuild their workforce. This led to an increase in immigration into Europe. However, in Canada, this has not occurred. In Canada, we have been largely a closed economy in terms of immigration. This might be due to some of the reasons that China is experiencing a deficit of its labor force whereby the younger generation does not wish to replace their elderly population.

It is difficult to imagine China using immigration as a solution to their problem of an aging population. It is easy to see why with such a culture that values the extended family. China has one of the lowest rates of migration in the world, only 4% per year. This is partly due to a handful of provinces responsible for 80% of internationally migrated persons from 2000-10 and this being dominated by Hong Kong and Macao. This may be reflective of concerns over Beijing’s territorial claims on Hong Kong.

Israel and Hamas' Actions May Amount To War Crimes