China Warns US: “Play With Fire and You Will Get Burned”

Xi Jinping was bold enough to warn US president Joe Biden that the Chinese are prepared to implement stern action if Taiwan steps on the wrong side of its government. This has been a heated issue between these two developed countries that boost world dominance. Whenever two cocks confront each other, it is hard for either of them to be humble enough and retreat, thus causing a fight to erupt. Such a situation fully describes what is happening between China and the US regarding Taiwan ascertaining its independence. These two countries are not afraid of stepping on each other’s toes, and their exchange is on a global platform, so both parties cannot concede defeat and be embarrassed worldwide. 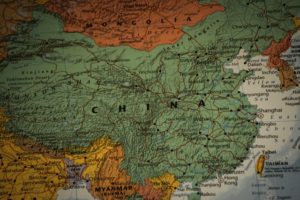 In a virtual summit between Biden and Xi Jinping, a Chinese state media noted that Xi issued a serious warning to the American president, saying that China would take “decisive measures” against any Taiwan’s moves on attaining independence. The Chinese leader did not hold back on relations between the US and Taiwan and informed Biden that supporting Taiwan would be “like playing with fire”. He added that “those who play with fire get burned” [Source], so it is a reckless idea for Americans to support Taiwanese people.

Biden took a stand over his administration’s stance and told Xi Jinping that his government is committed to the “one China policy”. Under this mentioned policy, the American government is going to recognise only one sovereign Chinese state. He alluded to Washington’s standpoint, which is that it “strongly opposes unilateral efforts to change the status quo or undermine peace and stability across the Taiwan Strait”. Biden’s response means that the issue is far from over, and Taiwan is now caught between two giants fighting over its future while it does not have any say.

Analysts suggested how Biden’s sentiment meant that the Taiwanese could not declare independence while warning China against invading Taiwan. He also appealed to XI that the friction among their countries must not “veer into open conflict”. This notes that the problem should be fixed diplomatically and calls for an acceptable solution between Taiwan, the US and China. A narration of the summit showed that the leaders spoke on various policies and other issues facing mankind across the globe and specifically in their countries. According to the Chinese state media, the summit was “frank, constructive, substantive and fruitful” [Source]. 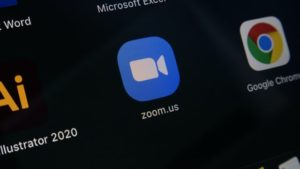 A US official commented on the virtual talks and said, “The two leaders did have a substantial discussion with the ability to interact with one another in a way that they haven’t been able to do on the phone, and so it did facilitate a different kind of conversation”. The official added that “I would say that the conversation was respectful and straightforward and it was open”. With both countries making such comments, the talks made a significant dent and might have aided some progress in their relations and collaborative work.

The two leaders also showed that they were willing to sit down and talk. Biden cited that “We need to establish a common sense guardrail, to be clear and honest where we disagree and work together where our interests intersect, especially on vital global issues like climate change”. He added that “it seems to be our responsibility, as leaders of China and the United States, to ensure that the competition between our countries does not veer into conflict, whether intended or unintended,” and wanted their nations to engage in “just simple, straightforward competition”.

At the beginning of the meeting, XI expressed his gratitude by saying, “Although we can’t see each other face to face, this is not bad, either. I feel happy to see my old friend”. He added that “humanity lives in a global village and we face multiple challenges together” explained how “China and the US need to increase communication and co-operation.”

The official also said that “We weren’t expecting a breakthrough. There were none to report. This was really about developing ways to manage competition responsibly, ensuring that as we go forward, the United States and China have a steady state of affairs where we take a series of competitive actions, but we’re able to keep open lines of communication. We work with our allies and partners, and we confront China where we need to, and at the same time that we are able to work together where our interests intersect.”

The meeting also touched on how the US is always blaming China for carrying out illegal surveillance on American soil, the so-called Chinese cyber-attacks, responses to climate change and China’s treatment of its Uyghur Muslim population. The two national leaders might have agreed on some issues, but the Taiwan one seems like it was too intense to brush it off in a three and a half hours meeting.