Could Cop26 Be The End of Coal Energy?

With the intense nature of Cop26, it might signify the end of coal energy across the globe. The burning of fossils has been a topic of debate, especially in developed countries where the economies rely on this entity. Harnessing power using such strategies is regarded as the archaic method which has been contributing immensely towards global emissions. Since coal is a common entity in many countries, many governments opt to burn these fossils to power their countries. Burning coal is cheap and does not require a lot of finances to do so compared to clean energy which calls for renovation of established power station points. 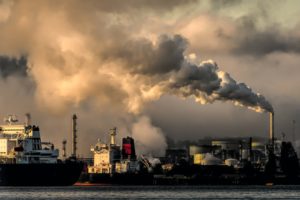 However, this traditional method is projected to disappear from the face of the earth because it is one of the biggest polluters in the world. Parties at the Cop26 agreed to drive forward the initiative of reducing global emissions as soon as possible, and this is noted as an urgent matter. According to weather reports, the world fails to address climate change, and individuals are not concerned about it. It takes a mind that is aware of the catastrophic consequences of climate change to care about the environment.

At the 2021 climate change summit, which is currently underway in Glasgow, more than 40 nations vowed to phase out “coal-fired power” [Source]. Such a power source was described as the “dirtiest fuel source” that damages the atmosphere and pollutes the environment. Of paramount importance is the need to adopt contemporary ways of powering houses and industries. All these states pledged to aid the UK’s plans of keeping 1,5c alive and make it attainable before it is too late.

To show the magnitude of this decision, “major coal-using countries, including Canada, Poland, South Korea, Ukraine, Indonesia, and Vietnam” all formed a united front in ditching coal-fired power. Developed states noted that they will eventually shift from relying on coal in 2030, and the other states outlined that a full transformation is possible in the 2040s” [Source]. But experts and environmentalists noted how these deadlines are “much too late” because climate change is ongoing at faster rates and need urgent attention. James Peters, director of campaigns at Friends of the Earth, said, “The key point in this underwhelming announcement is that coal is allowed to continue as normal for years. Yet some people may hear what the prime minister said at the opening of Cop, compare it to this, and wonder why there is such a difference between words and action”. 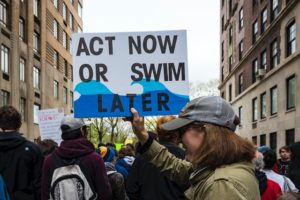 Studies discovered that for the world to stay within 1,5C, all developed countries must be dedicated enough to phase out coal before 2030, and any later years are not recommended. Elif Gunduzyeli, a senior coal policy coordinator at the campaign group Climate Action Network Europe, commented on the deadlines and said, “This is not a game-changer. A 2030 phaseout deadline should be a minimum, and this agreement doesn’t have that. Coal is already expensive [compared with renewable energy], and no one wants to put money in coal anymore.”

Concerned eyebrows were raised regarding the absenteeism of coal-dependent economies, including Australia, China, India, and the US. Research conducted last year by Rhodium Group revealed China emitted around 14 gigatons of CO2-equivalent in 2019, equivalent to 27% of the global emissions. The US was the second-highest emitter with 11%, while other developed countries averaged between 7%-6% emissions [Source].

The UK’s business secretary Kwasi Kwarteng commented on the decision to leave coal-fired power and said, “Today marks a milestone moment in our global efforts to tackle climate change, as nations from all corners of the world unite in Glasgow to declare that coal has no part to play in our future power generation. Today’s ambitious commitments made by our international partners demonstrate that the end of coal is in sight.”

Chris Littlecott, social director at the thinktank E3G, applauded this move and said, “This commitment on coal is definitely a big step forward and would have been unthinkable a year or two ago. It’s a real sign of improvement.”

The Cop26 has shown determination by some world leaders in addressing climate change issues, and this is commendable to have such baby steps in the fight to reduce global emissions.

Democrats vs. Republicans on Taxes

Will Julian Assange be sent to an Australian Jail?