Covid and the Flu: How Big Could the Double Threat Be This Winter?

As winter approaches, a double threat of covid and flu is projected to hit many people, and this kind of projection has caused intense worry among relevant authorities. The cold weather is a breeding ground for vast flu infections, and it is a perfect time for the coronavirus to exert its powers on humanity. 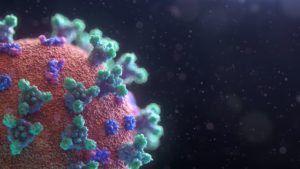 Authorities, especially in Europe, are worried that low temperatures will result in more positive cases of covid-19 infections. Prime Minister Boris decided to remove legal restrictions which were implemented to curb the continuous spread of the virus, and he said, “the risks of continuing with legally enforced restrictions that inevitably take their toll on people’s lives, livelihood, health, and mental health.” His strategy was a welcomed development, especially after people had been deprived of outdoor activities and forced to stay inside. However, the arrival of winter changes the whole scope while threatening the freedom being enjoyed by people. Healthcare officials showed severe concerns over removing restrictions and were worried that people would become too relaxed, which could cause a surge in positive cases.

According to scientific studies, covid-19 dominates severely under winter conditions, and there is also a rampant spread of flu. Most European countries roll out flu vaccines to reduce the devastating effects of flu among their citizens. Countries such as the UK, the US, Australia, Germany, among others, managed to excel in the vaccinations programs and ushered the nations back to normalcy.

Influenza is a common respiratory illness that attacks people when temperatures decline drastically. Given the climate changes, nobody knows what the weather will bring as summer is getting more hot while winter is pouring intense coldness. Influenza cases decreased because measures such as social distancing for covid proved effective when dealing with the flu. Medical personnel noted how making the population immune will take longer, so people are not immune, which will trigger reinfections to those persons who received their jabs.

People have been safe from the flu due to corona’s preventive measures, and analysts noted that natural immunity would have fallen over time. Such an occurrence will enact more damage if one is infected by it. “When flu does return, it, therefore, may affect more people and cause more severe disease than we would normally see in a typical flu season”. Currently, there are lower flu cases in the UK, but it was posited that this could change when the virus erupts and starts to spread. It is hard to determine when this will happen, but authorities hope it will not worsen. 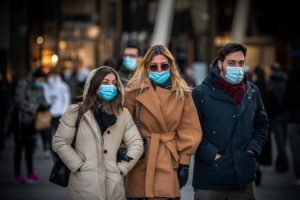 In terms of dealing with flu infections, it was reported that the British have a more reliable flu vaccinations program. According to the scientific and medical records, the flu shots are quite effective, and the CDC backed them up [Source]. Having the flu emerge in an already suffering world of coronavirus outbreak pandemic can be quite horrific. On its own, winter flu exerted a lot of pressure on the GP services and hospitals. “Handling it now, at a time when the health service has many Covid patients occupying hospitals beds, would be especially difficult and would intensify pressure on the health service further still.” Since the NHS is overwhelmed with a backlog of untreated patients, this two-fold pandemic of flu and covid will strain the health organ even more.

Co-infections will bring more turmoil upon the masses, and it will be hard to house-tame people who were now used to the outside activities. The double trouble of covid-influenza promises to be a mass killing machine if it emerges. To reduce the effects, health personnel suggested rolling out influenza shots together with booster covid vaccines.

The Democratic Party's History of Racism