Columbia was in a celebratory mood after authorities captured Dairo Antonio Usuga (50). The “most feared drug trafficker on earth”, popularly known as Otoniel, had heads bumping for a significant period as government officials together with the police forces were trying to apprehend him. Usuga has managed to wiggle himself out of tight spots enacted by the military and police force and proved to be too slippery. Since he was operating in his homeland, the drug trafficker used home advantage and territorial knowledge to hide away while continuing his criminal activities in the nation. 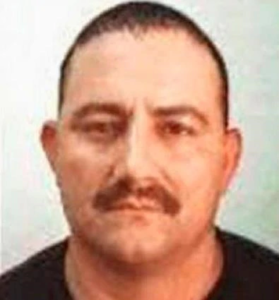 But little did he know that the law would eventually catch up with him. A universal trait among drug traffickers is that they always leave a trail for authorities to follow, and catching such a big dealer would require a lot of resources and sometimes international interference. In this case, Columbia was assisted by hundreds of its troops who had collaborated with US and British intelligence agencies.

He was the leader of the Clan del Golfo or Gulf Clan, a group known for trafficking drugs and the country’s armed forces captured him at his jungle hideout. Reports from Colombian authorities revealed that the group has about 1 200 armed men, most of whom are former members of far-right paramilitaries. This group terrorized the South American state because its web is stretched to 10 of Colombia’s 32 provinces. As a former leftwing guerrilla and paramilitary, Usuga mastered the art of skiving around those who were hunting him and became a strategist in his own right.

Otoniel’s brother was killed during a raid in 2012, and the two had started as gunmen for a leftist guerrilla group named Popular Liberation Army. A change of hearts led them to join the rebels’ battlefield enemies, a right-wing paramilitary group. Otoniel joined the criminal world after refusing to disarm as the militia group signed a peace treaty with the government.

The US and UK assisted Colombia with 500+ soldiers who then teamed up with Colombia’s special forces, and they launched an attack at Otoniel’s hideout, which was under the protection of eight rings of security. In aiding this mission, the Colombian government had offered a reward of 3billion pesos, which translates to around $800 000, to anyone who could help with information on Otoniel’s whereabouts. The US also showed determination to capture him by offering 5 million to people who knew about Otoniels’s whereabouts. Given such a magnitude of human resources poured to track down one man, it was only a matter of time for him to be caught.

Colombia Risk Analysis director Sergio Guzman commented on Usuga’s capture and said, “It’s a big deal because he’s the biggest drug kingpin in Colombia,” but noted how the drug trafficking trend is far from over. He explained that “His capture is no minor feat and not something I want to underplay [but] the equation of the war on drugs remains unchanged”.

Guzman projected how Otoniel “will be replaced by someone else, and how that someone approached the war on drugs, we will find out soon. But it doesn’t represent a seismic change in how the war on drugs is being waged and lost. Whenever a mafia boss falls, several are ready to take his place – and that’s what we see with Otoniel”. Adam Isacson, a Colombia specialist from the Washington Office on Latin America, shared the same sentiments with Guzman and said, “They took off an important head today. But the hydra remains intact.”

He added that “Otoniel is bound to be replaced”. Colombian President Ivan Duque could not hide his happiness in relation to Otoniel’s arrest. He said, “This is the biggest blow against drug trafficking in our country this century. This blow is only comparable to the fall of Pablo Escobar in the 1990s”.

“Otoniel was the most feared drug trafficker in the entire world,” said Duque as he expressed joy in regards to Usuga’s arrest.

The narration of the arrest depicted how a soldier asked Otoniel to identify himself after spotting him when he was trying to hide beneath a heap of branches, and Otoniel replied, “Cool it, soldier”.

For now, Colombians can bask in the glory of imprisoning a head honcho in the drug game, but their war on drugs is far from over as it requires a lot more effort.

The Democratic Party's History of Racism

Hate Crimes Against Asians Increased by 76% in 2020