Does the COP26 Coal Agreement Mean Anything Without Commitment from The US, China, and India?

Since major coal-powered countries did not sign up on the coal agreement deal, red flags have been raised in relation to the workability of clean power transition plans vouched for at Cop26 held in Glasgow. More than 40 countries had agreed to abandon burning fossils to reduce global emissions and curb climate change. Together with Prime Minister Boris Johnson, UK officials were spearheading the initiative to persuade the various government to abandon coal-powered economies. They cited the urgent need to address climate change and propagate renewable methods of harnessing power. 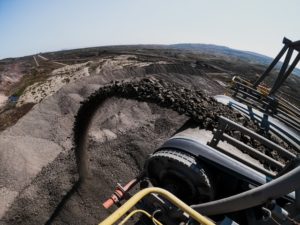 Research by Rhodium Group in 2019 revealed the world’s biggest polluters, which motivated various parties to address climate changes. According to the research, developed countries were leading in polluting the atmosphere. Developed nations boast of being technologically advanced, but surprisingly enough, they are still stuck on archaic ways of harnessing power through burning fossils.

Rhodium Group’s finding denoted that China is responsible for 27% of global emissions as it emitted about 14 gigatons of CO2-equivalent in 2019. The US was the second-highest emitter with 11%, and this was a big upset to an environmentalist who always thought that Americans prioritized the environment. The rest of the developed states averaged between 7% to 6% [Source]. The concern was that ‘if developed nations fail to abandon traditional power methods, then what would one expect from developing countries.

The average person would think that countries that were found to be in the top 10 of polluting the world will be the first signatories on the clean energy initiative. But this did not happen as the highest polluters avoided signing up for this plan. It was reported that China, Japan, Australia, Russia, the US, and India were not interested in participating in the Global Coal to Clean Power Transition. Such a move came out of nowhere because, given the magnitude of these issues, everyone thought that the world leaders would agree on saving mother earth, but this was not to be.

The UK drafted the Transition to amass more support [Source], especially from well-known coal users across the globe. According to the Guardian, “five of the biggest 20 coal power users” backed the UK in its plan. These states include South Korea, Indonesia, Vietnam, Poland, and Ukraine. The US, Canada, and the UK promised to end an overseas investment in coal, oil, and gas by the end of 2022.

Australia rejected this idea of abandoning coal and said it was interested in advancing technology rather than “wiping out industries.” Coal has become the major entity used in many nations to power residential areas and industries. Vast economies depend on it, so removing coal will significantly affect and reduce finances acquired through its usage. 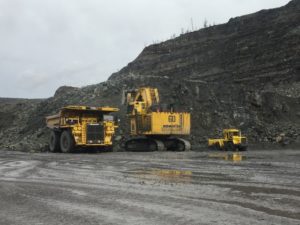 Australia’s emissions reduction minister outlined his government’s plans which are pointed out in this statement: “It’s on bringing down the cost of low-emission technologies and making sure those low-emissions technologies can deliver for Australians and our customers throughout the world” [Source].

He explained that “we will supply the products our customers need to bring down their emissions over time. This can’t happen overnight; let’s be clear about this. There is a sensible pathway here; Australia will be part of it”. The Paris Agreement of 2015 did not explicitly talk about removing coal from the equation, so those involved can continue using coal to power their states.

Without the commitment of the main coal users of the world, the Transition plan is now tied down. Faith Birol, head of the International Energy Agency, commented on this issue at Cop26 and pointed out that “without addressing this problem, the chances to reach our 1,5C target is close to zero. I hope all the countries are going to be part of a deal where they can take these early steps for early retirements or repurposing their coal plants” [Source]. The plan is also undermined because certain countries were allowed to use coal up to the 2040s and 50s. Reaching these years means that the earth will be bleeding heavily while people are ignoring it.

But the current situation shows that some leaders prioritize financial gains at the expense of the world, and this is a dangerous mindset projected to bring more harm than good to humans.