To ensure an acceptable balance between life and one’s work, Japan has proposed a four-day working week for the citizens. The hustle to balance work and social life has been a perennial challenge in everyone’s life. In most cases, social life tends to suffer at the expense of work. But, on the other hand, because economic and financial stability is held in high regard, people exert a lot of effort in working, and more hours are spent at the workplace. 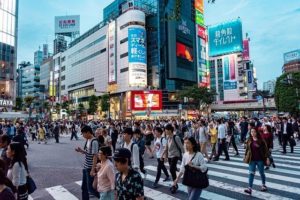 This kind of passion towards work has caused marriage and relationship problems as wives, husbands, and kids feel neglected by their loved ones. But passionate workers argue that all the aspects of life need to be funded. Hence any activities that bring in income should be given more than 100% attention. ‘Workaholics’ is the term used for individuals who prefer working over other life activities, and they tend to be drowned in their work while ignoring people around them.

Usually, in most countries, people work five days a week and rest on weekends. If one goes to work on weekends or public holidays, it is treated as ‘working overtime’, and that person is paid more extra money for those shifts. As a result, people are always seen quarrelling to get additional changes at work to pocket more dollars.

Every employee or worker is entitled to leave or ‘off’ days, and an individual can request these rest days whenever they want them. Some go for leave without salary. Depending on the organisation, some are given half-pay during rest days, and others still get full pay.

Some employers have laws and regulations that mandate the employees to take occasional off days annually or monthly. Other companies give the workers leave days after a project has been completed or after a military operation has been undertaken. No one ever tires from working for more money. Hence humans overwork themselves chasing financial breakthroughs.

The only time that people decide to rest is during the festive season, which is filled with public holidays such as Christmas, New Year, and Easter, which means all this time everyone will be married to their job. Japan has raised concerns over this kind of lifestyle deemed unhealthy for humans, so the government, in the annual economic policy guidelines, has recommended that companies allow their staff to work for four days a week rather than the typical five days.

A week has seven days, and a person spends five days at work, which means there are only two days left for any extra-curricular activities, which are not enough.

The Japanese parliament discussed the issue after a member of the ruling party of the Liberal Democratic Party, Kuniko Inoguchi, had brought up the case. However, it seems like all the other parliamentarians were keen on the idea of a four-day work-week.

The government officials and political leaders highlighted the reasons behind this suggestion. It was noted that a ‘four-day work week’ will enable people to pursue education and acquire more qualifications necessary for their job. In addition, those running on low funds will be able to get side jobs and increase their income.

Socializing is a vital part of life, so young people will be able to mix, mingle, marry, and have children, thus addressing the country’s declining birth rate, as argued by the government. However, many females were forced not to have kids as they have to drop their careers or neglect their kids to focus on their work [Source].

Amid the coronavirus pandemic, it would be ideal for people to spend a lot of time indoors. Hence this is a welcomed development in Japan, especially with the given covid-19 stats, which show Asia as one of the hotspots. But, on the other hand, people are demonstrating against hosting of Tokyo 2021 Summer Olympics Games.

They are afraid that these games will lead to a surge in covid-19 infections in the country. A covid-19 rule has introduced the ‘virtual world where everything is now being done online from school lessons to working meetings, hence the Japanese citizens will be ushered into the use of such technologies and get rid of the old systems of doing things, like using fax machines and the ‘hanko’, thus according to Japanese Tech-Department [Source].

The Japanese government also alluded to the working culture of the Japanese and how they spend a lot of hours to ensure that their economy is running smoothly. Various reports have been making rounds across the globe of how people die by overwork, and such incidents are referred to as “karoshi”, meaning “death by overwork” in Japan [Source].

This might also be the motivation behind the ‘four-day work-week suggestion. Economists have supported the idea of cutting back working hours and encouraging people to work remotely. Technology is the new way of doing things; hence every industry must adjust to the new demands. The economic benefit of this idea is that allowing people more time with their families will enable them to spend vast amounts of money, and the businesses will get more profits [Source].

Most workers are worried about the reduced salaries they might get if this four-day work-week is implemented. However, the decision still lies with certain authorities and business owners, so the political leaders must convince them of this suggestion.