The covid-19 virus is a deadly disease that has been plaguing the human population in recent years. It has jumped from continent to continent, infecting millions of people and killing just as many. This has prompted the need for a third jab. Initially, people were supposed to get two doses of the corona vaccines to be regarded as fully vaccinated, and many nations have been exerting a lot of effort in ensuring that every citizen receives the two jabs. Other governments went the extra mile to make it compulsory for certain government officials to be vaccinated and those who wish to reopen their business or attend sports and music concerts. 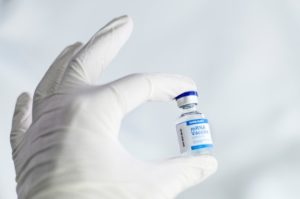 Up to date, most people have warmed up to the idea of vaccines since humanity had pinned all its hopes on the rolled out doses. Campaigns to inform people about the safety of vaccines were carried out on a global scale, with world leaders and influential persons joining in.

But it seems like the vaccines only brought joy momentarily to humans as the virus is still causing havoc and killing people. The fight against this deadly pandemic is brutal because the virus keeps on reinvigorating itself, from the Alpha variant to the Beta variant, and currently, people are battling the Delta type. This shows that victory is still ‘mission impossible, and against this background, some nations are considering rolling out a third dose to their citizens.

It started as an idea on giving a boost vaccine to vulnerable groups of society such as the elderly and those with chronic diseases, but now it has become a necessity in-order to curb the devastating effects of the coronavirus. Developed nations are always the first to test out these booster jabs since the Delta variant has dominated their societies. They also have adequate resources to purchase more vaccines and carry out vaccination programs.

The UK Prime Minister Boris Johnson said, “It’s very clear that getting three jabs — getting your booster — will become an important fact, and it will make life easier for you in all sorts of ways”. Last week, French President Emmanuel Macron addressed his nation and suggested that people over the age of 65 would be getting a third dose and gave a timeline for December 15. Australia has declared that people who received two doses only will lose their “fully vaccinated” status after nine months from the day the second jab is given. This was done to enforce the need for booster doses. It might be effective because most people were jabbed twice, and soon, they will be treated as unvaccinated individuals and prone to lockdown quarantine or quarantine stay initiatives. In England, those who received the third dose can prove their vaccination status through the NHS Covid pass [Source]. The dose also “enables quarantine-free travel to countries such as Israel, Croatia and Austria, which have a time limit for vaccination status to be valid”. 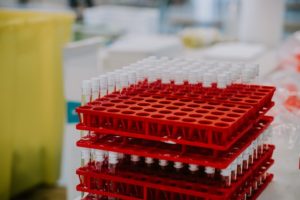 In countries such as Israel, “unless you received your second dose of the Covid-19 within the last six months, you now need a third dose to become eligible for a green pass, which allows entry gyms, restaurants and other venues”. The British government extended booster jabs to all the people who are over 40 years last week. Health officials revealed the progress made so far and offered stats that show that more than 13 million booster jabs have been administered so far, and the process is still ongoing to anyone who is willing and is eligible to receive the dose. Other countries are now worried over the tiring campaigns of mobilising people to get vaccinated amid conspiracy theories surrounding vaccines. Some governments reported resistance to these vaccines, and a booster dose seems to back up claims that vaccines are obsolete in fighting corona.

Booster vaccines look like a good move but have a severe downside of vaccine shortage and unequal distribution of these ‘life-saving doses’ as developing countries are yet to get enough initial doses. World Health Organization chief Tedros Adhanom Ghebreyesus commented on this negative effect of booster doses and called it “a scandal” as many booster shots are administered while low-income countries fail to acquire primary doses. He said, “It makes no sense to give a booster to healthy adults, or to vaccinate children, when health workers, older people and other high-risk groups around the world are still waiting for their first dose”.

According to the health policy adviser for Oxfam, such an occurrence is witnessed because priority is given to states which throw around money and jump to the front of the line to get vaccines first. She told a UK parliamentary group on coronavirus on Tuesday about this sad situation and said, “If we look at low-income countries as a whole, less than 1% of the total vaccine supply has been delivered to those poorest countries, many of which are in Africa”. According to global health experts, by ignoring developing countries, covid will not be eradicated from our global village because it will spread from developing countries to developed ones and locking down borders does not work.

To Dr David Nabarro, WHO’s special envoy on covid-29, relying on vaccines is a gamble and risk given an intense pandemic like covid-19. He told UK lawmakers that “It has never been done before, and it would really be an inappropriate public health strategy to do so”. Nabarro based his argument on the lack of knowledge about the virus, so using more doses might lead to new variants. He recommended using vast methods to curb corona, such as wearing masks and other health interventions, “which is to do everything possible to empower people to avoid being infected by the pathogen”.

But considering the surging of positive cases in many western countries that are currently experiencing low temperatures, which is a breeding ground for the Delta variant, booster vaccines might be the only viable solution to save many lives.