There is a great outcry as we approach the Olympics in Japan. Participants have been banned from protesting or making political statements in any way. While we may not agree on that, we can certainly agree that this impedes the liberties of individuals. 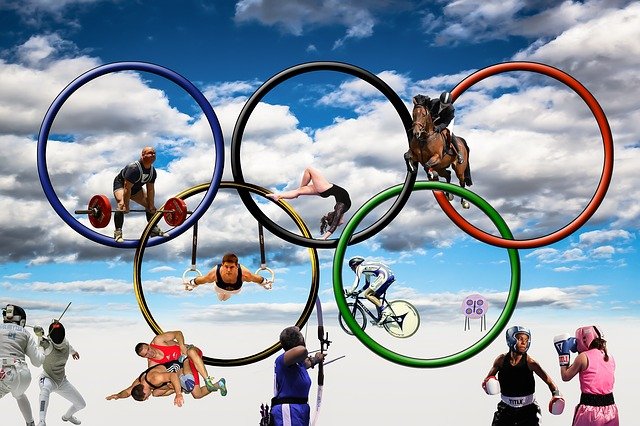 When Olympic Games were first held back in 1896, they were met with protests. When Nazi Germany hosted the Olympics in 1936, this was met with a boycott led by American President Franklin Delano Roosevelt.

In 1984, when South Korea hosted their own games after 32 years of Japanese occupation during WWII, North Korean troops attacked Seoul just before festivities commenced. The protest against these games did not last long as many nations joined together to boycott the games, sending peace, not hostility.

In 2008 when Beijing hosted their Olympics after years of improvements in human rights and labor conditions for workers, protests were met with police brutality that resulted in many injuries and deaths.

As more countries protest China’s treatment of Tibetans and other minorities and pollution within their cities, the world is watching to see if China will show any change in their Olympic Games.

Hosting Olympics opens up a country, and its people, for scrutiny by other nations worldwide, with some protests coming from those who are considered “hostile” while others come as moderate critics. This is not a recent trend. We will look at how this has evolved over the years.

The Olympics have always been a great event for the host country, but not the protesters. Protesting at the Olympics is a long tradition that goes back as early as 1936. It happened again in

1972 and 1980. The boycotting of the 1984 Olympic Games was also done by major world leaders from many countries, including, but not limited to, the United States of America and Saudi Arabia.

It is not unusual for people protesting at the Olympics to do so because they think they will be better off in their homeland if they protest and maybe win some concessions from those in power on behalf of their countrymen back home.

1936 – Jesse Owen arrived in Nazi Germany at the height of Adolf Hitler’s power. In the wake of Hitler’s rise to power, many Jews and blacks in Germany suffered a great deal of repression by the German state. When Jesse Owens won his four gold medals, Hitler refused to shake his hand and ignored him for the duration of the games. 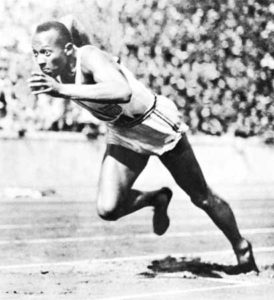 1968 – The Soviet Union decided to boycott the Olympics after the United States bombed Vietnam and a secret bombing program was launched against North Vietnam. At these games, Tommie Smith and John Carlos raised their gloved fists in a “black power” salute while the Star-Spangled Banner was playing.

1972 – This was a real hot one! Held in Munich, Germany, and surrounding areas, this Olympic Games was good for westerners because everything was done so well with no major problems. Some athletes from lesser developed countries did protest.

The African nation of Togo boycotted the games because of the black face policy. The only former US Olympian medal winner that still evokes controversy about race is John Carlos. He frankly told NBC’s “Wide World of Sports” that blacks have little chance to win a medal unless they use violent methods to achieve their goal.

1984 – This was a big one! The U.S.-led boycotts of this Olympics were on the grounds of the Soviet’s invasion of Afghanistan that had happened less than a year before these games began and because of many issues surrounding apartheid in South Africa. One of the galvanizing figures behind the U.S.-led boycott was New York Rep. Tom Lantos, a Holocaust survivor who lost family members in Nazi concentration camps.

“We have no business in South Africa,” said Lantos, who died in February 2008, four years after he left Congress to become one of the genocide’s first and most passionate chroniclers as a member of the U.S. House Foreign Affairs Committee. “We think it is absolutely wrong to send American athletes to participate. It will be a propaganda tool for the apartheid regime.”

This was the first Olympics held in a non-English speaking country since 1912, which Stockholm, Sweden, hosted, so it was new and different for the world to see. There was also an enormous amount of press attention on South African issues.

South Africa became the subject of international scrutiny and criticism when in 1976, the International Olympic Committee voted to exclude South Africa from competing in the Olympics until the country ended its apartheid policy. This was a clear sign that people were concerned about South African apartheid.

1987 – For the first time in over 20 years, a non-English speaking country was hosting the Olympics. This was also a very controversial time since sanctions were placed on South Africa by the United States and the U.S.S.R. due to their apartheid policy. This resulted in many African nations boycotting these games because they believed that this would favor the white minority in South Africa at the expense of equal rights for black people.

1988 – This was the year that the city of Seoul, South Korea, played host to the Olympic Games, and for the first time since World War II, a communist nation was going to play host to an Olympics. Tension in the Korean Peninsula escalated sharply when North Korea began turning up its rhetoric against South Korea’s hosting of these games. Organizers were concerned about an attack on the games by North Korea.

1994 – This was the year that the United States led a successful boycott of the Olympics to protest the treatment of minority populations in Russia. This was a big one because even though there was some previous controversy because of apartheid, this was something new and different for people to be concerned about.

The Soviet Union decided to boycott these Olympics after an incident involving Lithuanian athletes accused of traveling on South Korean passports while traveling to compete. Two Middle Eastern nations boycotted this game, Iraq and Libya.

An Inuit tribe protested for better rights and treatment of their people and land. Protestors picketed the Olympics in their village’s shooting range and at the port of Nome. Inuit tribes protested that the event would disrupt the hunting, fishing, and trading industries, which are all Inuit cultural traditions.

“We’re mad as hell about this,” said Chief Peter Iupul of the Pintuakuit tribe to a local newspaper in 1993. “Our land isn’t being disturbed by tourists or stray dogs. Their dogs could eat our dogs. The oil that they’re going to use could ruin our land.” They were also worried about the impact on the wildlife. “Our way of life is based on caribou,” said village leader Norman Kookesh. “They are our food and clothing, so we’re apprehensive about anything that would harm them.”

“If we don’t go ahead, it would be a horrible loss for us,” said Mayor Thomas Sam of Nome at the time. “It’s our chance to show the world how we live in Alaska.” The Chamber of Commerce was also concerned about the controversy. “If we can’t sell our salmon and halibut and sand, what can we sell?” asked the Executive Vice President Carol Ann Wainwright in a local newspaper.

The leader of this protest, John Brussow, said that by not going ahead with these games it would be a way to show that the U.S. cares about their environment.

2006 – This was the year that nine cities withdrew their bids for the 2010 Olympics. This is significant because they pulled out. After all, it would not be financially feasible to hold these games in the U.S.

The Los Angeles Olympic bid went ahead but lost the games to Vancouver in a 50-to-1 vote of IOC voting members and a 9 to 3 vote of the International Olympic Committee executive board members. The IOC stated it would have no problem if one or several U.S. cities wanted to hold the games.

The last big one was that of the 2006 Winter Olympics in Torino, Italy. Palestinians protested for an end to the occupation of their territory by Israel. Protests took place outside the IOC headquarters in Lausanne, Switzerland when Beijing was awarded the 2008 Olympics.

Israeli athletes had had to endure protests since 1972 when they first competed at the Olympics as a separate nation. In 1972, the Jewish sprinter and eventual Olympic gold medalist Moshe Weinberg were attacked by protesters after winning a silver medal.

Heinz Fassbender, an Austrian skier who placed fifth in the slalom event in 1964, says that his treatment has always been good. In 1972 when Fassbender won a bronze medal for Austria, he said he was hit with rocks by protesters. He said they threw rocks and called him “kike.” I was hit many times, but I was also happy to win a medal.”

Would you boycott the upcoming games?

The Social Determinants of Health: Covering Financial and Non-Financial Factors