On top of the coronavirus pandemic, the US is tormented by an opioid crisis. Drug and substance abuse is not a novel thing among Americans, and the country is well known for having vast drug dealers. Because of this, authorities were prompted to implement and instil stiffer laws to whoever is fingered in such crimes. Using drugs is not only affecting people’s wellbeing but taking their lives, and this is not enough to sway users away from taking abusing different drugs.

Currently, opioids are raining havoc in the self-proclaimed ‘greatest nation’, which has caused different departments to be concerned about people’s livelihood. Fentanyl is regarded as the king of opioids, which is mostly used in the US. According to medical terms, fentanyl is described as a “powerful opioid as a pain medication” [Source] and can be combined with other medications to create anaesthesia or be used as a recreational drug in some cases.

Attraction to opioids is caused by the need to ease the pain one feels and when a person has hit a blockage in dealing with excruciating feelings. Everyone wants a quick recovery rather than opt for a medical treatment which usually requires one to take pills over a long course. Studies show that most people who take drugs are generally going through a hard time and need to relieve themselves from pain; this is where fentanyl comes in. It is treated as a saviour who offers sanctuary to troubled souls.

The US Centers for Disease Control and Prevention noted how more than 100 000 people lost their lives due to overdoses in 12 months ending in April, and such a figure was recorded as the highest ever, with analysts projecting it to rise monthly [Source]. Fentanyl accounts for 60% of overdose and has a 50% increase in one year, as posited by Nora Volkow, the director of the National Institute on Drug Abuse.

She described this occurrence as “devastating” and said, “It’s an epidemic within the pandemic”. Although fentanyl was common in the country, findings from surveys concluded that its usage surged during the pandemic [Source]. Volkow agreed on people turning to drugs in times of crisis and added that “But what we didn’t expect was that during that period, there will be a massive increase in the entry of these illicit substances into the country. Former US President Donald Trump blamed the influx of migrants as the sole cause of drugs flooding their streets, but facts also blamed Americans who tend to make a living out of selling drugs illegally.

Daniel Ciccarone, the Justine Miner, endowed professor of addiction medicine at the University of California, San Franciso, raised red flags at the rate fentanyl is being smuggled into the country and said: “The trajectory is up, with no levelling off. There’s nothing that says it’s slowing down”. He added that a “triple wave of opioids, from pain pills to heroin to fentanyl is wreaking havoc.” 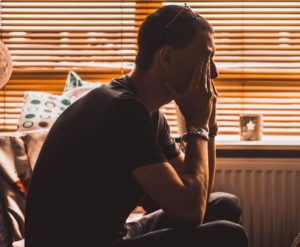 Volkow explained that “Fentanyl is an extraordinarily potent drug. It was manufactured specifically to be much more potent than morphine”. Besides the need to heal oneself, fentanyl is dominating because of the financial benefit ripped off by drug dealers. Commenting on this financial side of dealing drugs, Volkow cited that “If someone is a drug dealer, they make much more money by selling fentanyl than by selling heroin or selling cocaine”.

Regular opioid users are well vested in knowing the types of drugs, so novices can die at their first encounter with this powerful substance. “They are not opioids users, and they don’t know that the drugs are contaminated, and they die with one single exposure,” as posited by Volkow. Even regular users face difficulties picking out suitable fentanyl, but this drug’s popularity keeps rising because of the shortage of heroin and prescription pills. Dealers are now mixing fentanyl into other supplies, and this is a dangerous trend that has left families mourning their loved ones who died of an overdose.

If it is mixed with other substances, one fails to see it, and it was discovered that most young people would take this drug while thinking it is a “legitimate Percocet or Xanaz pill”. Ciccarone argued based on inequality causing drug abuse and said, “We’ll continue to have wave over wave over wave of drug abuse unless we address the inequalities in our society”.

This is a pertinent issue where the American government needs to stamp causes of drug abuse among Americans and even in minority groups so that negative effects of fentanyl are thwarted, and the usage declines.