ICC Authorizes an Official Investigation into Duterte’s War on Drugs

The International Criminal Court (ICC) gave a green light for investigating Duterte’s “war of drugs” act in the Philippines. Philippian President Rodrigo Duterte launched an intense pursuit of drug dealers and users in his backyard to stamp out this trend. Drug dealing is a cancerous element in many countries and has become rampant due to various young people abusing drugs. Drugs enact a lot of damage among societies and people, leading to death, crime, and unruly behavior. Most governments fail to completely eradicate this problem and end up utilizing harsh ways to stop perpetrators in the drug game, and Duterte seems to have played this card.

The ICC authorized an official investigation to reveal how president Duterte carried out his ‘war on drugs’ campaign among his citizens. This authorization was necessitated by complaints brought forward, which named Duterte’s illegal conduct against various individuals. In rolling its permission, the ICC deemed it necessary to look into human rights infringed by the Philippian leader, especially crimes linked to the murder of people, including innocent children [Source]. A statement from Hague accessible on [Source] stated that the ICC had found a “reasonable basis” to allow an inquiry, highlighting the “specific legal element of the crime against humanity of murder.”

The tribunal appreciated the role of fighting against drugs, but the “so-called ‘war on drugs’ campaign cannot be seen as a legitimate law enforcement operation and the killings neither as legitimate nor as mere excesses in an otherwise legitimate operation.” Judges Peter Kovacs, Reine Adelaide Sophie Alapini-Gansou, and Maria del Socorro Flores Liera ordered the investigation to be conducted. The court backed up its decision on findings gathered from the evidence presented on behalf of about 204 victims. The judges noted that their conclusion suggested a “widespread and systematic attack against the civilian population occurred according to or in furtherance of a state policy.”

Evidence presented also shows that the Philippine lawmakers and other government officials ignored the issue and “failed to take meaningful steps to investigate or prosecute the killings.” More details were unraveled in which it was noted that criminals who participated in killings people as ordered were offered “cash payments, promotions or awards for killing in the so-called ‘war on drugs campaign.” The ICC followed up on a request filed in June by retired former ICC prosecutor Fatou Bensouda, who alleged that “state actors, primarily members of the Philippine security forces, killed thousands of suspected drug users and other civilians during official law enforcement operations.” 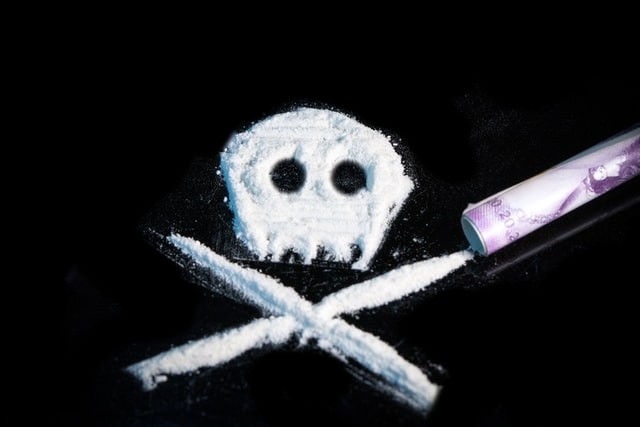 In response to these allegations laid against him, Duterte brushed them off as heresy and threatened to revolt against the ICC magistrates. After learning of the investigation, the president’s legal counsel aired the same sentiments and vowed that Duterte’s administration would not corporate. The investigators will be denied entry into the country.

Duterte built his presidential campaign on fighting crime and urged the police to “kill” drug suspects [Source]. After winning the 2016 elections, he quickly undertook his plan, which is described as a “reign of terror” in the country. Stats revealed that about 6 117 suspected drug dealers were killed in the government’s operations, but UN records in 2020 showed a higher number of 8 600 deaths. Death figures during the drugs war vary, but the underlying fact is that thousands of people were massacred under Duterte’s administration.

Duterte defended his actions by saying that they were “lawfully directed against drug lords and pushers who have for many years destroyed the present generation, especially the youth.” He withdrew his country from the ICC in 2019, but the court has rights over these cases since they were committed when the Philippines was still a signatory to the Rome Statute until March 2019.

President Duterte will also be investigated in relation to executions that happened in Davao between 2011 and 2016 when he was a mayor. In this case, about 385 people were executed as ordered by Duterte, and it is believed that these victims were drug dealers. Hence, prosecutors argued that he might have used the same tactics to fight drugs in the whole country after being elected as president. In July, Duterte addressed the ICC by saying, “I have never denied (some of the allegations), and the ICC can record it: Those who destroy my country – I will kill you.” Such utterances are now used to launch an investigation against him.

His spokesman, Harry Roque, cited that the ICC’s investigation is “legally erroneous and politically motivated.” Mr. Roque noted how Duterte “would rather die than submit to a foreign tribunal’. He despised the ICC’s intervention into the country’s matters. According to Roque, the ICC is undermining and violating their “sovereignty and jurisdiction.”

The decision to investigate Duterte’s conduct was applauded by families of the victims, particularly Llore Pasco, a resident of Metro Manila who lost two sons [Source]. She said, “God is great. I feel some sense of relief and happiness. Now there’s hope that the victims can attain justice, and those who committed the crimes will be punished”. Numerous rights groups also supported ICC’s intervention.

A human rights watchdog group Karaptan said, “Duterte and his cohorts should be made accountable for these crimes,” and was entirely behind the victims’ families who must be given closure after a long period. Carlos Conde, a Human Rights Watch researcher, appreciated the ICC’s actions and said, “Victims’ families and survivors have reason to hope that those responsible for crimes against humanity could finally face justice.” The president of the National Union of People’s Lawyers noted how the ICC’s decision “is the beginning of the end of impunity,” and added that “No one should be invincible and infallible. There is always a time for everything. It was a long and tortuous journey so far.”

Such probes are pertinent in ensuring that leaders do not abuse their abuse by employing extreme methods when fighting crime. Given the magnitude of this case and the number of victims, Duterte might put all defenses in place to stop investigators from unraveling the truth.

Al-Qaeda Emerges from the Shadows to Threaten US

Is this the End for Canadian Prime Minister Justin Trudeau?