About eight US states attorneys formed a coalition to investigate the emotional turmoil caused by Instagram’s social media, especially among teens. The bipartisan coalition was necessitated by Facebook’s conduct of selling Instagram to children while completely ignoring the downside of such initiatives. As the sole owner of these online platforms, Meta is well knowledgeable on the dangers of Instagram on the young minds, but it seems to be side-lining those effects and prioritising getting more users, which translates to a fat paycheck into its pockets. 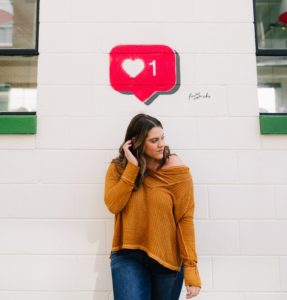 From this perspective, it makes this case a deliberate crime committed by Meta officials who undermine or simply do not care about the consequences of their actions. This prompted US state attorney generals to pursue the matter in a bid to protect children against an evolved technology-dominated global village. The attorneys argued that Facebook carried its research on the usage of Instagram and discovered its potential harms to the young generation, but this did not sway it to stop selling its product to the vulnerable group.

An investigation was sought by eight states and aimed to inquire about Facebook’s approach to children and some young adults. Also, a former employee of the company, Frances Haugen, leaked documents that showed Facebook’s internal study, in which it noted the negative effects of Instagram. These devastating effects were linked to teens’ mental health because of body image issues [Source]. When it was rolled out, Instagram was the new baby of Facebook that focused on pictures and became a worldwide entity used by many influential people. Unlike Facebook and Whatsapp, which allow people to interact, play games, or discuss. Instagram is like a pictures pool where users can post their images.

Because of social trends across the globe, filters became a new phenomenon where people could edit their pictures to fit in among ‘exemplary’ body figures. There was a rush to apply filters on every posted picture, which fuelled body shaming on those who tend to lack certain physical appearances. Given the platform’s popularity, it will seem as if it offers vital services, but a chunk of its users are young adults flaunting their poses and flooding the platforms with edited pictures. 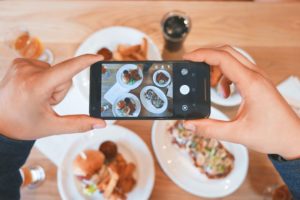 The social media firm did not disclose its findings of negative effects caused by Instagram on teenage girls. According to a presentation of the findings held internally at the company and was leaked, “We make body image issues worse for one in three teen girls. Thirty-two per cent of teen girls said that when they felt bad about their bodies, Instagram made them feel worse” [Source]. More information on the presentation stated that “Teens blame Instagram for increases in the rate of anxiety and depression. This reaction was unprompted and consistent across all groups”.

The Guardian reported that “the investigation will cover whether the company violated consumer protection laws and put young people at risk and will be led by a coalition of attorneys general from California, Florida, Kentucky, Massachusetts, Nebraska, New Jersey, Tennessee and Vermont”. California’s attorney general said, “For too long, Meta has ignored the havoc that Instagram is wreaking on the mental health and wellbeing of our children and teens.” She added that “Enough is enough. We’ve undertaken this nationwide investigation to get answers about Meta’s efforts to promote the use of this social media platform to young Californians – and to determine if, in doing so, Meta violated the law”.

There were plans to create a safer Instagram version for young people, but it was paused since various organisations were jabbing at the social media platform. Because of lockdowns, people were flooded online. The virtual world dominates the modern era, so it is imperative to have online platforms that do not pose dangers to users and ensure that people enjoy technology rather than kill themselves with it.

Instagram’s public policy Karina Newton commented on their research’s findings and said, “Issues like negative social comparison and anxiety exist on social media too. That doesn’t change the fact that we take these findings seriously, and we set up a specific effort to respond to this research and change Instagram for the better”.

Due to intense backlash and a serious investigation by determined US lawmakers, Instagram’s reign might be threatened.