Is It Time to Legalize Marijuana?

The legalization of marijuana is a controversial topic across the globe which has sparked intense debates from various parties. It has been taking centre stage in parliament sessions, and vast activist groups are always laying down their arguments in trying to persuade governments to legalize the herb. 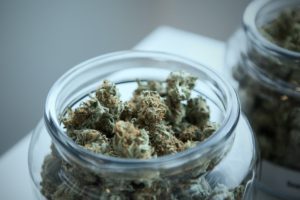 Communities shun marijuana because of certain associations that people propagate. It is classified under dangerous drugs, which can harm one’s health and damage a person’s wellbeing. The world is fighting drug addiction among its citizens, and it’s a popular movement in many nations. Currently, the young generation are losing their lives due to drug overdose, and various governments are pushing for stern laws for anyone caught selling or using illegal drugs.

Marijuana, popularly referred to as “weed”, is regarded as a social evil in some societies whose destructive abilities can damage the walls of Jericho. From historical facts, weed was never viewed in good faith. Medical practitioners had to present extensive evidence to authorities to incorporate using the herb when treating people. Many states legalized it for recreational or medical purposes. Despite this medical progress, many people are still against the idea of legalizing marijuana.

For the past 2 to 3 years, numerous countries have been exploiting the economic benefits of marijuana. Developing countries such as Brazil, Zimbabwe, Lesotho, Zambia, Uganda, South Africa, Ghana, Malawi and Rwanda authorized the cultivation and exporting of cannabis after seeing the projected financial benefits. Data presented showed how these nations are benefitting from this initiative. Economic analysts projected billions of tax revenue collected if marijuana is legalized in the US [Source]. In 2014, Colorado received about $30 million in revenue compared to 7,5 million, which was being collected before it legalized weed. California can raise around $1,4 billion annually if weed is legalized, as noted by experts.

But others argue that governments cannot jeopardize the lives of humans for the love of money and economic development. Those who shun marijuana base their line of arguments on how this is a harmful drug that is very addictive. Conducted researches revealed that “about 1 in 10 marijuana users will become addicted, and for people who begin using before the age of 18, that number rises to 1 in 6” [Source]. 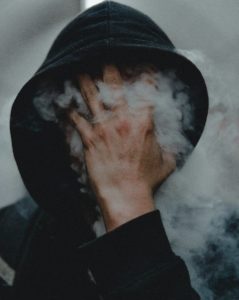 From the medical perspective, it was noted, “Marijuana use directly affects the brain – specifically the parts of the brain responsible for memory, learning, attention, decision making, coordination, emotions, and reaction time”. There is a greater risk of poisoning if one consumes food or beverages which contain marijuana.

It becomes hard to legalize marijuana when given such a bucket-load of effects enacted by it. Since it is said ‘people should not argue with science’, it becomes imperative for everyone to listen to these scientific facts.

But research by the Drug Policy Alliance in 2017 offers a different view about the legalization of marijuana and a surge in users. The research, which is downloadable on [Source], posits that “There is little evidence that decriminalization of marijuana use necessarily leads to a substantial increase in marijuana use”. The findings showed a decrease in the use of marijuana by young people after it was approved for medical purposes. Also, there was a decline in adolescent marijuana in Colorado after the state legalized marijuana in 2012. Experts described this occurrence as a “forbidden fruit” effect which causes people to lose interest when the forbidden things are allowed.

In the US, more than 50% of Americans supported the legalization of marijuana [Source], but this did not push the American government to give a nationwide leeway for weed to be used. Supporters of marijuana legalization contend that states that legalized it are doing well economically and socially. The citizens have been enabled to understand more about the health effects of weed, and regulation of marijuana makes society safer.

However, this fight is still ongoing, and different opinions on this issue often stem from religious views, medical perceptions and human rights demands.