A power-grabbing leader or a passionate statesman? The jury is divided on which way Benjamin Netanyahu falls. Leaders who are power-hungry and hold on to power till death do them apart are common, and every continent seems to have those kinds of leaders.

The 71 year old, Bibbi has been in power for over a decade, as the leader of Likud. His initial term came as a result of forming a coalition with right-wing parties. It would be poetic for his end to come from other parties forming their own coalition.

Israel opposition leaders have come together to remove the ruling government of Prime Minister Benjamin Netanyahu. The casting of votes bears no fruits as they have voted for about four times in the previous two years. The Netanyahu era has been in action for 12 years and aspires to rule because no one ever tires from being a leader. The sole purpose of opposition leaders is to sit on the high throne through whatever means necessary. 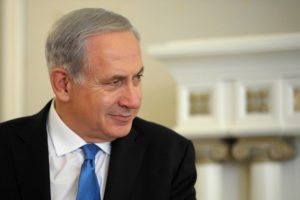 Historical facts state that Prime Minister Netanyahu has survived for this long at the top pedestal due to his ability to form alliances and coalitions with powerful or influential people. For example, he befriended the former United States of America President Donald Trump. As a former military person, he has managed to outsmart his ‘enemies’ to the extent that all the opposition leaders decided to co-join each other despite their differences. One might say it is time for Netanyahu to taste his own medicine, as this move is one of his best.

The coalition’s main plan is to remove Netanyahu as a ruler and establish a new government in place. This alliance comprises eight political parties that decided to come together and strategize on how to run down the current government in Israel [Source]. One of the most powerful and influential parties involved in this plan is Yesh Atid, whose leader is Yair Lapid. Another concrete-house party is the Yamina, currently led by Naftali Bennett. Raam, which Mansour Abbas leads, Meretz headed by Nitzan Horowitz, Gideon Sa’ar New Hope, Labor led by Merav Michaeli, then Israeli Beiteinu under the authority of Avigdor Lieberman and Benny Gantz’s party named the Kahol Beiteinu to form the rest of the opposing front against Netanyahu.

Naftali Bennett and Yair Lapid are part of the core team to unseat the ruling government. The leaders above were motivated to amalgamate together to fight a common ‘enemy’. Lucky enough, their strategy is one that people call a ‘non-hostile takeover since they are using the legal channels of parliament to achieve their goals, so a war is unlikely to happen. By using the parliamentary votes, these leaders will reach their end goal without any physical confrontation.

The use of alliances seen here is the same as Netanyahu’s methods of tightening his grip as a political leader. Given all the eight parties, the coalition will have a combined 61 seats advantage in the 120 seat parliament setup, which means that if all goes well, Netanyahu’s reign will be over. It has been agreed upon that after defeating Netanyahu, Naftali Bennet of Yamina will get the first shot as the Prime Minister, and Yair Lapid of Yesh Atid will follow [Source]. These parties have been losing in the previous elections and have concluded that they cannot use the ballot against such leaders. But first, they have to make sure that they win in the voting process sometime next week.

Naftali Bennet, a former comrade, and ally to Netanyahu is engineering the unseating process, and the Prime Minister has aired negative comments against the team-up. In his utterances, Netanyahu says that this will be a danger to the lives of citizens. He went on to label the alliance as the biggest fraud in history against the people of Israel.

The genuine concern among political analysts is the workability level of this union by opposition leaders. It is thought to be a cat and mouse cannot be housemates, and such partnerships do not last long. Every political party has its underlying ideologies which differ from the next party, and these differences can evoke disunity. Teaming up to fight a common enemy makes sense, but in-house quarrels may erupt when that enemy is defeated.

The opposition leaders still need a parliamentary backup for their plan to work, and if it fails, then Israel has to go to the polls to settle the leadership issues.

Black Victims of Injustice: Why Obama Didn't Speak Up