One In Every Three Female Soldiers Sexually Abused

Air force survey revealed that about one-third of female soldiers experience sexual harassment. This harmful act of women’s sexual harassment seems to have delved deep into most areas in the US, be it the civilian or military sectors. The fact that sexual harassment is even happening in government departments that ought to be fighting against such occurrences shows the decadence nature of societies that have always been oppressing females in the course of history. Sexual harassment is a serious crime that has seen top government officials such as former New York governor Andrew Cuomo leave the office, and women are speaking up against such heinous acts.

The Air Force drafted a report which revealed that “one out of every three military women who responded to a survey said they experienced sexual harassment during their Air Force career, while one out of every four female civilians said they also experienced sexual harassment in the branch” [Source]. This assertion translates to a significant number of women who have been harassed in the military department, which might be an ongoing thing. According to some analysts, harassment of women is slowly becoming a trending crime that has infiltrated sectors that are supposed to be standing up for females.

The Air Force’s report focused on racial and gender disparities in the US Air Force and Space Force “at every point in members’ careers, including “accessions, promotions, disciplinary actions, leadership positions, and retention.” The disparity review touched on many issues that threaten the universal handling of issues in the military organization and undermine its conduct when treating its personnel.

Gen John Raymond commented on the issue of disparity and said, “We all come from different backgrounds, different cultures, and subscribe to a variety of beliefs. It is these differences that make us a highly effective force. They underwrite our ability to be agile and innovative, to compete, deter and win. Inclusion is the action that draws the best from every one of our members, providing an advantage for our nation a one, ready and successful team” [Source].

The report, released on Thursday and is accessible on [Source], states that “Thousands of females and minority DAF members reported experiencing issues ranging from bias to outright discrimination and sexual harassment.” It was also noted that about 50% of the US’s population are women who are eligible to serve, but stats showed that only 27,1% were Air Force officers, and 21% of enlisted members were women. The females who participated in the survey said they had to put extra effort to be at par with their male counterparts. Gender issues also came into play when women had to balance military careers and life commitments, especially for married women. 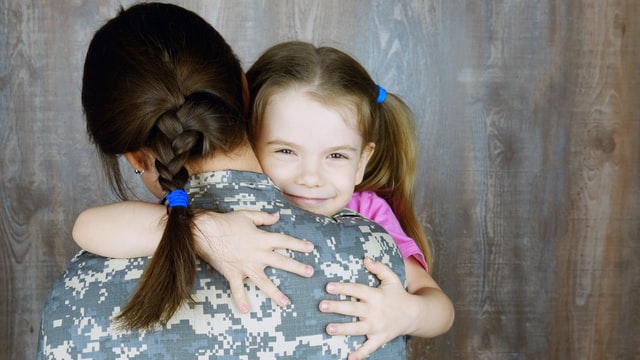 Females’ outcry about how their commitment to work was questioned whenever they absent themselves from work while looking after their kids. For males, failing to work after being forced by situations to take care of the kids was a sign of being “a good father.” “A significant theme from female respondents was maternal bias – leadership and supervisors assumed females with children would not be interested in or available for deployments, TDYs, training, or high-demanding jobs due to their family obligations,” as noted by the report.

It also posited that “For women, the most serious identified type of harassment was sexual jokes that make them feel uncomfortable, followed by repeated attempts to establish an unwanted sexual or romantic relationship and sexual comments about their appearance or body.” It further explained that “Women the most common negative responses to a sexual harassment complaint was being treated worse or being blamed by coworkers (43%) and being encouraged to drop the issue (38%)”. In the end, harassed women would suffer silently to keep the workplace friendly and not anger the higher authorities.

Air Force Chief of Staff Gen. Charles Brown Jr. alluded to how the feedback provided by the members was pertinent in knowing what their staff is going through. He said, “We must continue to listen to our people, understand what they are experiencing, and receive their feedback as we take steps to improve.”

His sentiments are a good start for the higher-ranked military personnel to know about the grievances of their staff, but the important part is to address these issues and punish individuals who take advantage of their position to harass women sexually. As proven by previous cases, such challenges can only be rectified if harassed women are brave enough to speak up and let the concerned people know.