Poland Warns of Potential “Armed” Escalation at the Belarus Border

Poland has warned of a potential armed escalation at the Belarus border with a confrontation between authorities and migrants. The influx of migrants is not unusual, especially in countries that can offer a safe haven for troubled nationals. However, migrants have been flooding developed countries’ borders seeking to resettle.

Currently, it is reported that about 2 000 migrants are stuck at the Belarus border with Poland. This is a serious situation that needs to be addressed, especially given the coronavirus global pandemic. Also, it is inhumane to leave people stranded at the border without shelter. 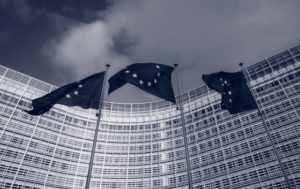 The European Commission has criticized Belarus’s authorities for inviting these migrants by promising them an accessible entrance into the EU. The commission’s spokesperson Peter Stano commented on the issue and said, “upon arrival, they are being pushed to the border and forced to make an illegal entry into the European Union.”

The European Commission described such conduct of luring migrants as an “inhuman, gangster-style approach” [Source]. But Belarus’s leader Alexander Lukashenko denied all these allegations and refuted having a hand in bringing migrants to their borders. Reports from EU and Nato members Poland, Lithuania, and Latvia, show an increase in migrants who are always attempting to enter these countries illegally.

A breakdown of the migrants’ composition shows that most are young men, then women and children. These troubled people are largely from the Middle East and Asia. According to the BBC, “Migrants have described how Belarusian authorities seized their phones and pushed them towards the border fence” [Source].

While staying at the border for a long time during recent weeks, it was noted that various migrants died due to low temperatures experienced at night and in the morning. “Nobody is letting us get in anywhere, Belarus or Poland,” said Shwan Kurd from Iraq. Kurd arrived at the border at the beginning of November and has never been attended to, and he is now living in a make-shift camp stationed a few meters from Poland’s border security fence.

He explained that ‘There’s no way to escape. Poland won’t let us in. Every night they fly helicopters. They don’t let us sleep. We are so hungry. There’s no water or food here. There are little children, old men and women, and families”. This paints a gloomy picture of people suffering while the EU closes its doors and dreams at night. Due to restlessness while living at the border and being kept out, the foreign national cut down the Polish border security fence on Monday. In response, Poland deployed more military personnel to ensure that they did not bring down its defensive systems.

Border guards surveyed the area after crowds of migrants had tried to infiltrate their fence and discovered that more than 300 attempts were made by people who wanted to cross in illegally. Because tensions are slowly building up for both the authorities and migrants, Poland was worried about an “armed escalation” eruption. The head of Poland’s national security department argued that the migrants are under Belarusian armed units. On Monday, Deputy foreign minister Piotr Wawrzyk shared his views about this situation and said, “Belarus wants to cause a major incident, preferably with shots fired and casualties.

Belarus’s leader Lukashenko is blamed for motivating migrants to visit their doorsteps as retaliation against sanctions given against his state. He was sanctioned for discrediting “re-election in August last year and subsequent crackdown on mass protests.” EU is planning on sanctioning other nations who are flying migrants to Belarus. The Polish Prime Minister Mateusz addressed parliament on Tuesday and implicated Lukashenko and Russia’s President Vladimir Putin for collaborating in bringing a lot of migrants to the borders. The Belarus defense minister refuted these views and despised the move to have thousands of troops at borders. Russia backed up its ally and said it was closely monitoring the situation.

Lukashenko clearly stated that he does not want any gun violence to erupt and said he was “not a madman” and maintained a stern stance by saying, “we will not kneel down.”

Lithuania decided to stop any havoc caused by these migrants and declared a state of emergency in its border region with Belarus, and it is its first time to do so. Lithuania’s interior minister defended his country’s decision and said it was a precautionary measure taken as a response to “events on the Belarus-Polish border’. The country also moved a significant number of troops to the borders.

Some officials do not like how the situation is being handled and urged these countries not to ill-treat people because of political differences. The UN refugee agency’s spokesperson Shabia Mantoo said, “Using refugees, asylum seekers and migrants to achieve political ends is unacceptable and must stop.”

In times like these, it is imperative for people’s welfare to be prioritized rather than fixating on political dominance.

Capitol Riot Records From Trump Whitehouse To Be Released to Panel, Judge Rules