Finally, after a long struggle of persecutions, lawsuits, and court trials, Saudi women have been given the right to decide where they want to live and live freely alone. This legal right has been received by smiley females faces who had been feeling oppressed by the ‘old’ law in Saudi Arabia.

As an Islamic state, Saudi Arabia, a Kingdom set up ruled by kings, has been in the spotlight for a very extended time due to the laws utilized in maintaining order. Various organizations concerned with human rights have always pinpointed lawmakers in the state as oppressors, especially to women. Saudi Arabia uses the ‘Sharia,’ which is an Islamic Law. This form of law is unique as it was derived from the interpretations of the Quran and Hadith. The Quran and Hadith are documentation that narrates the life of Prophet Muhammed and all his activities. They are also a record of his sayings and utterances deemed necessary to his followers. The interpretation is made under the ‘Sunni Islam’ form commonly referred to as the ‘way of the Salaf,’ meaning the “righteous predecessors” or “Wahhabism.” Sunni Islam is the major Islam branch followed by the majority of the Islamic believers. The name was derived from the word ‘Sunnah,’ which refers to Muhammad’s behavior. These laws are not written down, so whenever one goes to court, the judge usually makes a ruling in line with the demands of the traditional customs and norms. Hence there are chances of being bias towards tradition and cultural beliefs [Source].

But the Sharia seems to be going against the ‘universal’ standards of human rights that the world encourages. For instance, the ‘old law which mandated women to get permission from a father, husband, brother, son, or male guardian to live alone can be regarded as outrageous. This was prescribed in Paragraph B under article No. 169 of the Law of Procedure before Sharia Courts’ which stated that a single, divorced, or widowed woman must be handed over to a male guardian. The same law also required a woman who has been serving a jail sentence to be handed over to a male guardian after completing the jail sentence. However, the new law has allowed adult or mature women who are single, divorced or widowed to live alone without permission from any male figure [Source]. 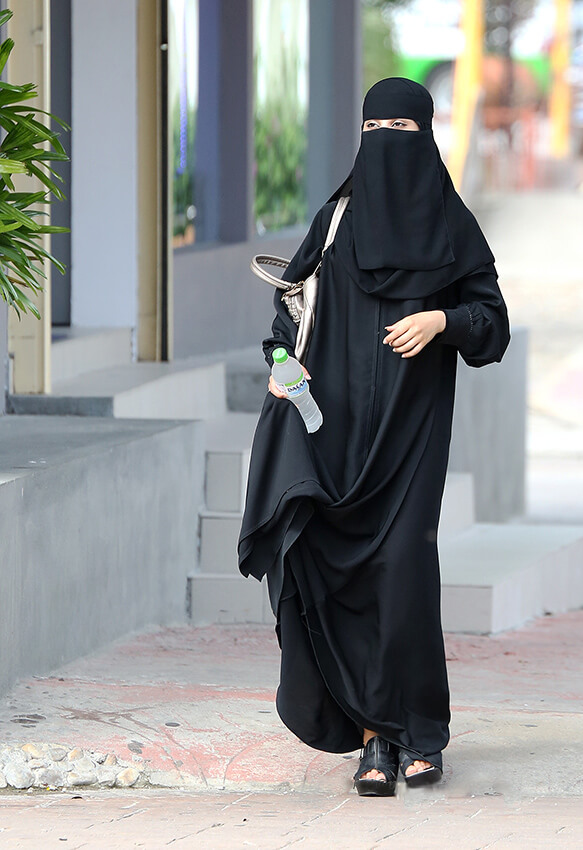 A Saudi woman can now choose where she wants to live. Before this change of law, parents were allowed to file lawsuits against their daughters who go to live independently without seeking permission from their fathers, and husbands could lay charges against a wife who absents herself from the house without notifying her husband. Women were taken to court for just being absent without the consent of the male guardian. Also, by seeking permission from a male guardian, mothers were forced to ‘worship’ their sons to have a male’s consent. Sisters were forced to ‘respect’ their brothers no matter what so that the brothers will give them ‘permission’ for certain life choices, but now all of that ‘ill-treatment’ has varnished. A lot of nations support their kids to move out when they have grown up, and everyone is expected to have their place where they can start a family, so by granting women the right to have their own houses, Saudi Arabia has instilled a long overdue women rights.

An online publication by Human Rights Watch, an organization by a few individuals with different professions, who speak against human rights injustices worldwide, gave a run-down of 10 reasons why women flee from Saudi Arabia. The organization cited no freedom for a female to travel or get a passport without a guardian’s approval. Also, women are not at the liberty to choose a marriage partner, and before 2019, there were no age restrictions for marriage, so there were a lot of child marriages. Domestic violence and employment discrimination were also pushing women to leave the state. Educated women were not given opportunities to get employed in high offices such as the military and parliamentary sectors. The rest of the list covers’ Healthcare discrimination; inequality in divorce, child custody, inheritance; challenges to transferring guardianship; restrictions on leaving prison and shelters; restrictions on studying abroad; political repression [Source].

Saudi Arabia tried to make amends for the ill-treatment of women and has been propounding new laws over the years. Significant changes include the decision to allow women to vote in 2015 elections approved by King Abdullah in 2011, King Salman’s law that permitted women to drive cars and access government services such as healthcare and education in 2017. The world recognized these efforts, and Saudi Arabia was ranked as the number one country to reform that support women’s rights last year [Source].

Saudi Arabia’s laws, especially those that affect women’s rights, are still a work in progress. The state is improving the laws, as evidenced by the effort being applied by the rulers and lawmakers.