Saving the World’s Forests in One Deal!

The Cop26 climate summit seems to have struck gold by motivating people to save the world’s forests. This plan was upheld, and all the world leaders in attendance were urged to help achieve it.

Trees play a vital role in regulating weather conditions and ensuring that a balance is maintained between the atmosphere and living organisms. But due to intense industrialization and overpopulation, deforestation has become the order of the day, and various tree species have been uprooted for many decades. In many countries involved in construction and agriculture activities, forests are seen as an obstacle to open land, and humans exert a lot of effort in clearing the land. 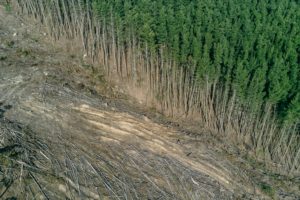 From this background, the parties at Cop26 had to address this issue to protect the remaining forests in the world. Many developed nations have cleared these natural havens and replaced them with concrete paths and buildings. Developing countries also yearn to establish more advanced buildings and expand on agriculture activities, which means no one cares about the trees or vegetation. Financial gains have been prioritized instead of taking care of the environment, which has fuelled drastic climate changes.

More than 100 world leaders signed up for an unprecedented conservation deal which we will see them working towards “halting and reversing deforestation and land degradation by 2030” [Source]. To ensure that various nations can successfully attain this goal, public and private funding amounting to £14 billion were agreed to be released. Deforestation-linked commodities dominate numerous markets across the globe, and states which are involved in producing or consuming these commodities, such as Indonesia, China, Brazil, and the US, also vowed to put a cap on such dealing as they signed up for the deal [Source].

The UK environment minister Zac Goldsmith commented on the deal and said, “This is a genuinely unprecedented package. People will be able to justify having hope [that the world’s forests can be saved]. This puts us on the road to recovery and renewal” [Source]. According to the minister, it was not easy to convince all the countries to join the deal of halting deforestation. This also required determination for a country to abandon all the financial gains associated with deforestation. The strategy was to target both producers and consumers of any commodities linked to deforestation.

Goldsmith explained that “The different parts of the package are mutually reinforcing. We are sending a severe signal to the markets; we have a good pledge from buyers. The market has been blind to the value of the environment … The [current economic] incentives to deforest are 40 times bigger than the incentives to keep healthy forests, so changing that is difficult”. Also, the production and selling of timber is a cash cow, especially for developing states, so abandoning this economic activity demanded more determination and sacrifice. 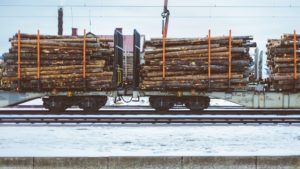 The minister did not disclose nations that signed up for the deal, but the list comprises other developing countries and established buyers of forestry products. In relation to the states which joined in the deal, Goldsmith said, “There are some surprising countries in there, and this is a pretty bullish pledge. We have managed to persuade some of the trickier customers to come on board”.

He applauded Cop26 for caring about the environment by saying that “Putting nature at the heart [of the Cop] has been my obsession. It’s mad that nature has always been more or less forgotten [in climate negotiation”.

To Goldsmith, this deal will be best for indigenous people, and he explained that “Indigenous people have always been seen as second-tier [at Cops], they have never been given this support before. I think this support will be them a turning point at this Cop”. He added that “When you put it all together, it’s a robust package, trying to get as many major countries together as possible to commit to ending deforestation. But it’s worth nothing unless they back this up with policies. It will be our job to make this real”.

Others argued that it would be hard to carry it out since there is little money being given to nations supposed to conserve their forests. Also, there is zero effort to reduce the demands of products such as soy, palm oil, and beef, which are the chief causes of deforestation. 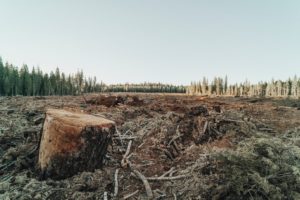 John Sauven, executive director of Greenpeace, said, “Everyone wants to see zero deforestation, not least the indigenous people whose homes and livelihoods are under threat. But without tackling the drivers of destruction, it’s like whistling in the wind to think cash alone will work. Cattle and soya for animal feed are wiping out the Amazon and savannahs of Brazil. The industrial meat industry. Like its counterpart in the fossil fuel sector, needs to come to an end.”

He explained further that “Every climate scientist is saying we need to eat less meat. We won’t save the forests until politicians stop ignoring that message”. This is a pertinent line of thinking which various governments are undermining. Sauven believes that all activities which trigger people to cut down trees must be stopped, and the fight to stop deforestation must be launched on all economic aspects. Ignoring some of these aspects will enable people to shift their focus and continue being involved in economic activities that lead to immense deforestation.

Some people also noted the value of agricultural activities, which is echoed in almost all parts of the world. Through cultivation, many governments were able to feed their citizens for decades, and it might need intense awareness for humans to practice standard agriculture, which will not lead to hiked deforestation levels.

But for now, the Cop26 has taken a huge leap in addressing the destruction of nature, and if the deal succeeds, then many forests will be saved.

Should Britain Give Back Its Looted Treasure?