The Sudanese Prime Minister promised to instil a “technocratic government” to lead the country into a democracy. PM Abdalla Hamdok expressed his plans after being reinstated as part of the interim government, which is needed to implement a civilian rule as a military coup had taken over.

In laying down his plans on a national scale, Hamdok promised only to employ skilled individuals who possess qualities of improving the country. This is a good move needed in most nations because, as it stands, nepotism and corruption have seen unqualified people owning high positions in which they underperform and hinder national development.

He was reinstated after a month of a military coup reign in which he was under house arrest since October 25 by the nation’s military personnel. His freedom came, and he got reinstated as the PM because he signed a deal on Sunday with Sudan’s top general Abdel Fattahal-Burhan [Source]. Reports from Sudan revealed that “the 14-point deal, signed in the presidential palace in Khartoum, also provides for the release of all political prisoners detained during the coup and stipulates that a 2019 constitutional declaration be the basis for a political transition”.

“I should begin by saying that our country is guarded and preserved by God Almighty, and whatever we reach a dead-end, my fellow Sudanese people are capable of restoring our country back on course,” as noted by Hamdok after signing the Sunday deal. He added that ‘When I then accepted the designation as an interim prime minister, I realised that the road was not strewn with rose, it would be a daunting task, fraught by risks and dangers. However, by joining hands, we can all prevent our country from plunging into the unknown. We should all come together to let the people decide who will take and hold the reigns of power”. It seems Hamdok is living up to his words of wanting a democratic environment for Sudan.

He explained his stance of signing the deal and said, “Signing this framework political agreement will open doors to address all the pending issues of the transitional period over the past two years and under this partnership, we have managed to achieve a lot. We have brought Sudan back into the international community, lifted its name from the terrorist blacklist and many other achievements. However, we still have many challenges laying ahead”.

Al-Burhan pledged to work closely with the interim government by saying, “We will continue to work towards preserving the transitional period until all your dreams of democracy, peace and justice are achieved”. The PM is now faced with choosing a cabinet, but his selection has to be approved by the Sovereign Council headed by al-Burhan. The deal was met with outrage by pro-democracy supporters in the country, who feel like it is a disguise for a military takeover of their nation. They refused to deal with militants and rejected any negotiation. They promised to conduct various anti-government protests to curb any junta ruling and oppression of a democratic environment. Other notable groups that loathed the idea include the Forces of Freedom and Change civilian coalition and the Sudanese Professionals Association. 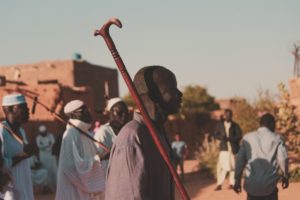 But Hamdok defended the agreement by saying that “it ensures the prime minister has the ‘power and authority to form an independent and technocratic government in ‘absolute liberty and without any pressure’. Political analysts doubt his sentiments and are perplexed as to how much power will the interim government have and if it is going to have full liberty in executing its duties. It is not unusual for the militants to secretly persuade a national leader in doing whatever they want while pretending to be in an equal partnership.

Hamdok argued that he has no “personal ambitions” of remaining a national leader and does not wish to join any political party. He noted that “I reiterate that I do not have any personal gains, otherwise I wouldn’t have accepted the office in the first place with all its challenges over the past two years” [Source]. He did recognise backlashes against the deal and said, “I have made up my mind and signed this political agreement, although I know that many may disagree, object, or reject it simply because the people’s ambitions and aspirations were much higher”. The deal stated that elections would be held in 2023 [Source].

Although the deal is despised by certain people, at the least, the Sudanese can appreciate the peace which is now dominating their country since the military coup was marred with violence and about 41 people died.