Tensions Flare After Migrants Are Deported to Haiti

The U.S has made a bold move to expel thousands of Haitian migrants from its territory. Released reports show that about 12 000 Haitian migrants were seen camping under a bridge in Texas as the US government denied them access. America is always faced with such challenges of foreign nationals seeking asylum in the country, and annually they get thousands of foreigners who choose America as a haven for their troubles. Due to such occurrences, the nation now has a diverse population with many different ethnic groups. This has put a lot of pressure on the government to cater to these vulnerable groups, who need a lot of state assistance. 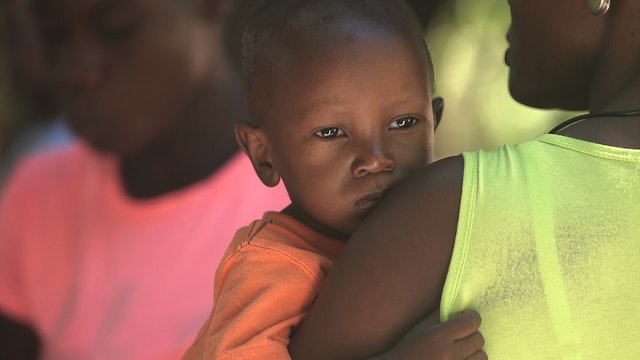 In the latest act, the Biden administration turned away a considerable mass of Haitian asylum seekers who came into the country. The US Department of Homeland Security Secretary Alejandro Mayorkas revealed that 6 500 migrants and seekers were in custody waiting to be removed from the US. This means that many foreign citizens were rounded up and handed over to the authorities, and the government did not give them a chance to explain their reasons for coming. During the weekend, US flights dropped some migrants in Haiti’s capital Port-au-Prince, and more are to follow as planned by the US immigrants’ officials.

An influx of Haitian migrants was seen approaching the US crossing the Rio Grande while carrying their baggage. In defense of its actions, the Biden administration alluded to Title 42, which the former US President Donald Trump implemented to deal with migrants flooding American borders [Source]. In relation to this section of the law, Secretary Majorkas said, “The message is quite clear: do not come. The border is closed. The border is secure. We are expelling families. We are expelling single adults”.

From a medical point of view, this policy is very useful in curbing the spread of covid, especially with the numerous variants of the virus appearing on the scene. Mayorkas explained that “If you come to the United States illegally, you will be returned. Your journey will not be a success, and you will be endangering your life and your family’s lives”. The recommended solution is to cap all ‘unnecessary’ movements, but migrants tend to have a justifiable cause for seeking asylum in a foreign country.

Various rights groups despised the American government for denying vulnerable people safe territory and sending them back to poverty. Steven Forester, the immigration policy coordinator at the US-based Institute for Justice and Democracy in Haiti, commented on the expulsion of migrants and said, “It’s completely unconscionable. There’s no way Haiti can handle the people that are in Haiti now, given the conditions there. It can’t provide for these people” [Source].

Haiti had been tormented by a black cloud this year after their president was assassinated in July, and a month later, the country was hit by a 7,2 magnitude earthquake which killed around 2 000 people. Currently, the country is marred by poverty among vulnerable groups, political instability, and high gang violence. The American government had shown leniency towards these troubled souls and did not deport them, but the measures only apply to those residing in the US before July 29.

Other rights groups believed that Title 42 goes against human rights and is “not based on science” while violating the US’s immigration laws. Calls were made to President Biden to reverse the policy. Alex Desulme, a Haitian, appealed to the Americans and said, “They should stop deportations. It’s been a cry way before this happened,” and he added that “Title 42 needs to be repealed.”

One can sympathize with the Haitians faced with a double pandemic of covid and shattered home country. Despite the misfortunes which befall Haiti and its citizens, the US authorities are more inclined to prevent the spread of the coronavirus in their country and are determined to stop illegal migrants in the nation.

Does the Supreme Court make Laws?

How do Trade Unions Work?