Scuffles among politicians are not new; actually, politicians are said to ‘vocally fight with each other for a living.’ This was the norm on Monday 31 March 2021, when Texas legislative house gathered in their chamber to rewrite the voting laws. This was the 87th session held, and Governor Greg Abbott was overseeing the lawmakers voting procedures and facilitating the gathering.

The lawmakers had convened to vote for or against Senate Bill 7 (SB7). Building up to the events of this session, the Republicans and the Democrats had been arguing over the demands of the bill and its effects on the citizens and the national voting process. Concerns had been raised, especially on the ‘democratic right for everyone to cast their vote unhindered. For the Democrats, the SB7 seems like a restraining instrument used to hinder voters from voting freely. Labeled “restrictive new voting laws in America” by the NBCDFW news [Source], the SB7 has wholly rejected the Democrats. 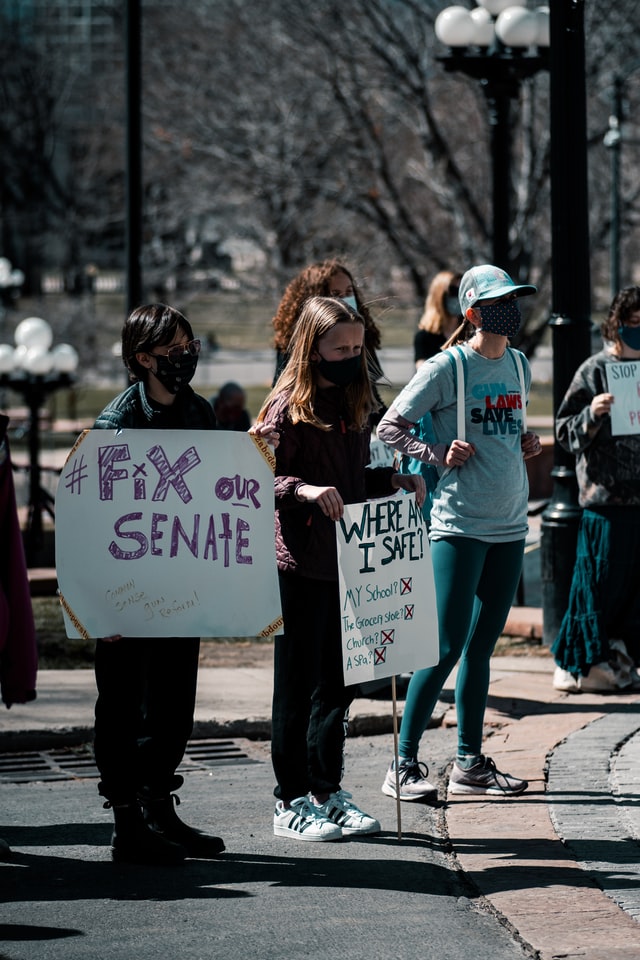 The bill was proposed to react to former United States of America President Donald Trump’s outcry that the election was stolen from him due to fraud and discrepancies in the voting process. The apologetic stance of the Republicans is that they want to instill credibility in the voting process by curbing any loopholes that fraudsters can exploit. After a depth analysis of Trump’s utterances regarding how Biden robbed him of his victory, the Texas lawmakers decided to rework the voting laws and regulations to protect the integrity of the ballot. Democrats, on the other hand, argue that the SB7 is a move to oppress the voters and make the voting process difficult for the masses. Also, the underlying demands of the bill are seen as a force acting against the democracy of people and casting of votes by people from different works of life.

CNN politics online publications have given a rundown of the SB7 contents [Source] and what it means for the voters, poll watchers, and the whole voting process. The proposed law was an effort to correct all the wrongs from the previous polls and come up with a novel way of handling elections, targeting any flaws identified from the Trump versus Biden period.

The law bans any voting that might take place after hours used for workers who knock off late at work. It also restricts voting through drive-thru centers and prohibits anyone from dropping off ballot boxes at voting centers. During weekdays voters are mandated to cast their vote from 6 am, which is stated as the official starting time of any voting process, up to 9 pm. On Sundays, the time was adjusted to 1 pm up to 9 pm, and any voting application sent to people who did not request it was banned. In the bill, the courts were blessed with the powers to overturn or reject election results only if the votes cast illegally would change the products’ outcome and not necessarily prove any act of misconduct in the polls. Poll watchers are to be fined $ 1000 per day for any misconduct act, and they have to take an oath not to harass or sway the voters’ decision during the voting procedures. To acquire the absentee ballot, they must provide a license number or a social security number on their request and include that exact information on the envelope that contains their vote. Poll watchers or observers from other nations to be given access only to be overseers of the voting process and are banned from participating in the distribution of unsolicited ballot requests. Such observers were also banished from associating with any ‘get out the vote’ groups of any sort [Source]. Get-out-the-vote is a common phenomenon in European states. They are individuals who campaign on behalf of candidates and spread the word by explaining a specific party or candidate [Source]. Any involvement with such groups is viewed as active participation in the election business and might lead to fraud or corruption by observers who might be swayed to sympathize with specific electoral candidates or political parties.

The contents mentioned above of the SB7 steered up stiff rejection from the Democrats, who saw it as bringing complications to the voting process. The primary worry is that these policies and regulations tie people’s hands as they offer too many restrictions and limitations. It is a right for one to vote freely and without any hindrances. Every lawmaker must ensure that the masses can express their choice on the ballot.

In a recorded interview [Source], the chair of the House Democratic Caucus, Chris Turner, highlighted what transpired in the session. According to Mr. Turner, all the Democratic members received texts on their mobile phones instructing them to remove keys from their desks and leave the chamber. The key is the one that aids them to vote at such sessions. This angered the Republicans because the passing of the bill had to be stopped when everyone was waiting to vote. Walking out of the chamber was a strategy to control the passing of the bill as all law bills are supposed to pass before a session ends, and the Democrats walked out when an hour and a half was only left for the session to end so without enough members the voting could not go on.

In his defense, Christ Turner notes that the Democrats were happy to stop an unfair and oppressive bill from passing, thereby defending the voting rights of people. The bill was rejected for many reasons, including that it gives the judge a lot of power to overturn election results, which might lead to favoritism or bias. Also, the time limit of voting on Sunday disadvantages many people of color who go to church on that day, and the banning of the after-night vote seems unfair to late-night workers who are only released from duty very late at night. The rejection of the SB7 can be summed up in the following statement: everyone should vote and be free to cast their vote at the convenient time available to them.

Now the Democrats wait to hear Governor Greg Abbott’s decision regarding their actions, and his tweets have been pessimistic about the incident. The Republicans are also pushing for a severe reprimand for the ‘walk-out act of the Democrats.

Biden Blacklists 59 Chinese Survellence and Tech Companies From US Investment