The Federal Reserve this summer will take another step in developing a digital currency (Central Bank Digital Currency). The Fed has been researching and testing the idea of replacing paper money with a digital dollar for years, but now it is finally going to be developed. This new development may have some positive impacts on society, but some concerns need to be addressed before saying whether or not this move will pay off.

The Fed has taken a step towards changing the design of paper money by focusing on using modern technology, but no plans have been set in stone.

“The effective functioning of our economy requires that people have faith and confidence not only in the dollar, but also in the payment networks, banks, and other payment service providers that allow money to flow daily,” Powell said when announcing.

“Our focus is to ensure a safe and efficient payment system that provides good benefits for American households and businesses while also encouraging innovation,” the chairman said.

There have been recent calls for the US to develop their own digital currency, but Fed officials have expressed an interest in getting any such efforts “right” rather than focusing on speed.

Yet, because of the development and rapid progress in central bank digital currencies (CBDCs) by countries such as China, the Federal Reserve has intensified its discussions about implementing its own digital currency. 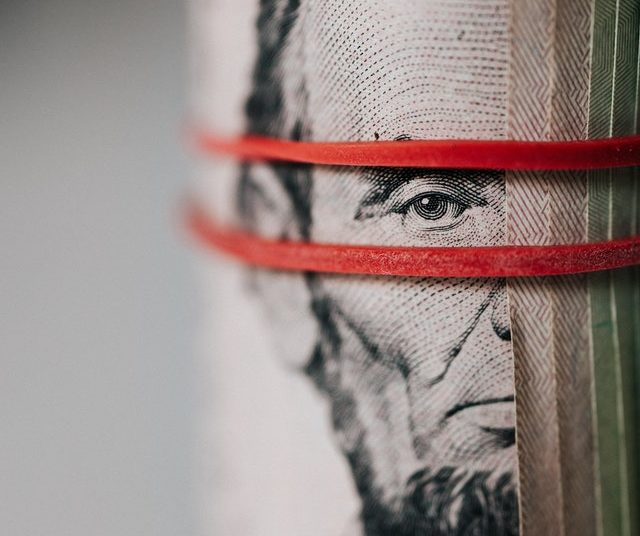 The Federal Reserve will continue to research how to design an effective digital currency this summer. David Treat, leader of the blockchain practice for Accenture and one of the organizers of a public-private research initiative into CBDCs (central bank digitized currencies), says that it is important to take time before implementing any new technology to get it right.

Powell acknowledged some of the challenges associated with cryptocurrencies, but he expressed general optimism about their prospects.

The Federal Reserve has been studying the payments system for a long time. They plan to release a product called FedNow that would solve many problems with transactions and help people who do not have bank accounts. This will be released in 2023.

Central banks around the world are exploring the creation of an electronic currency. Though there are some implementation issues, many are seeking to take this step for efficiency purposes.

“There have been several proposals from central banks and other entities proposing digital alternatives to cash, and we must hear the views on this important issue before making any decision. Some risks and opportunities need to be taken into account,” he said.

The Fed this summer will take another step in developing a digital currency. The move is expected to garner many benefits for the US economy, with experts pointing specifically to increased economic activity and encouraging spill-overs into other sectors of innovation like technology.

Cryptocurrencies provide an extremely cost-effective alternative to cash for storage of value. The primary reason is because the production, storage, transportation, and disposal costs associated with them are substantially lower than the current payment ecosystem.

Central bank digital currencies (CBDCs) could help with financial inclusion for a majority of unbanked households. A CBDC would allow users to pay bills and send money at low or no cost without a bank account.

Central bank digital currencies (CBDCs) could play a crucial role in increasing the speed of settlement and support for real-time payments due to the lack of involvement by intermediaries.

Central bank digital currencies can provide better levels of privacy for consumers in comparison to other financial transactions with commercial banks.

Central banks with digital currency (CBDC) projects could eventually become direct competitors to payment service providers, which would result in bank losses. Alternative investment opportunities for CBDCs might reduce the consumer deposit demand and affect lending from banks, lowering the growth of the general economy.

A few points to keep in mind with regard to CBDCs are that they could create increased competition for commercial banks, and the nature of these digital currencies as substitutes for bank deposits may motivate them to increase their deposit rates. This would then result in a transition from depositing funds to wholesale funding.

CBDCs are only accepted in the country that issued them and have a limited geographic reach.

The digital dollar has various legal, economic, and technological issues which will require an examination on the part of the Central bank which are the guardians of stability. The central banks are proceeding cautiously and keeping within their mandates as they venture into this unexplored territory.

Issuing a CBDC is a national choice. Wherever issued, it will be an additional payment option that coexists with other systems.

Careful design – such as the architecture of the central bank and private intermediaries – would make sure that they have a two-tiered financial system. This will help make sure that monetary policy implementation and financial stability is not jeopardized.

As we move forward in developing digital currencies, a worldwide consensus must be established.But if they do, things such as “digital dollarization” and the potential role of CBDCs in enhancing cross-border payments need to be addressed in multilateral forums.

One way in which central banks can support the digital currency of the future is to collaborate with each other, ready for when physical cash becomes obsolete.

Deepfake: What happens if we can no longer trust our eyes or our ears?

Hamas vs Israel: The Shifting Dynamics in the Middle East And The History Behind It