It is a terrifying time to be a Jew on campus. Anti-Semitic attitudes are rife among university students, with incidents of physical and verbal abuse reported in the US press every week. Jews have been told that they should be “gassed”, had swastikas drawn on their doors, or even been physically assaulted because they were Jewish. These events have become commonplace this year – but why?

Antisemitism is hostility prejudice or discrimination against Jews. A person who holds those positions is called an antisemite. Antisemitism is generally considered a form of racism.

What is causing the surge in anti-Semitism?

The conflict between Israel and Palestine, which represents the worst violence in that region since 2014, has once again thrust to the forefront the politically divisive debate over Israel’s occupation of the West Bank and Gaza Strip.

Thousands have taken to the streets in cities across the world, including throughout the U.S., to protest Israel’s occupation of Palestine. Palestinians were severely affected by the recent fighting: 227 people were killed in Gaza, including at least 64 children, compared to 12 in Israel. Jewish advocacy groups contend that because Jews are often demonized for the actions of Israel, they are vulnerable to anti-Semitism. 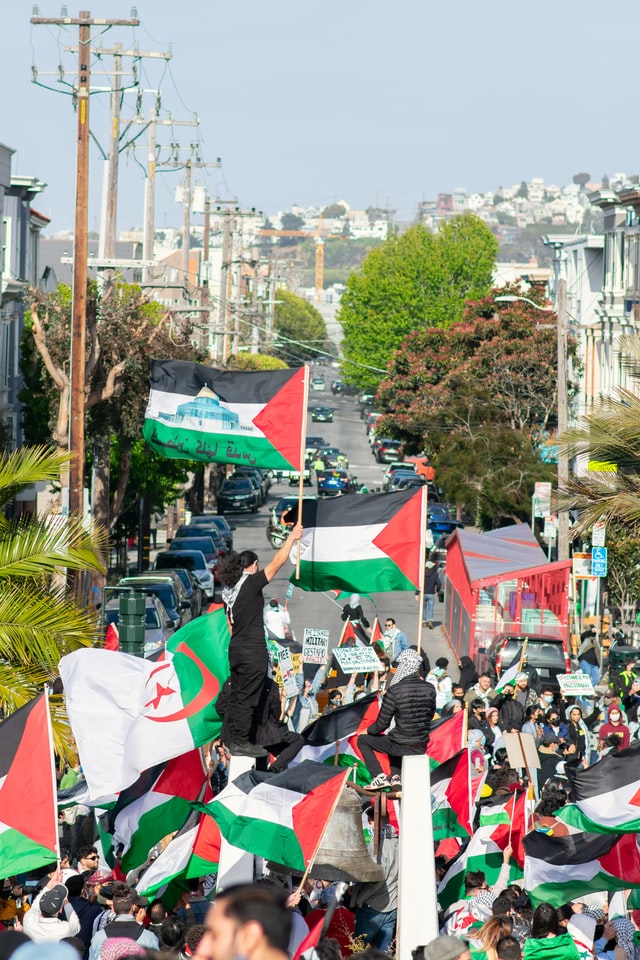 The recent violence in Israel and Gaza has resulted in the expression of antisemitic sentiments and abuse of Jewish students on a level that has not been demonstrated in the previous conflicts. Although violence between Israel and Palestine ended in a ceasefire on the 20th of May 2021, the incidents of Jews facing anti-Semitism are unlikely to stop.

Congregation Chaverim Synagogue in Tucson, Arizona was vandalized earlier this week. Former Arizona Rep. Gabby Giffords and House Representative Alma Hernandez of Arizona confirmed the incident to reporters and denounced the act as an inflammatory expression of anti-Semitic sentiment within their state.

“It’s heartbreaking to see such a disgusting act in a place where so many are meant to feel safest. Despite these actions, we will not be shaken,” Giffords tweeted.

A rock-sized hole was found in a glass door at the synagogue, but there was no indication of trespassing as the hole was not big enough to allow an individual to enter the building.

A wake of a series of hate crimes, including an attack on a Jewish man while he was walking to a pro-Israel rally; throwing a brick through the window of a kosher pizzeria; and people spitting on customers at Jewish restaurants in Midtown Manhattan.

One such incident at UCLA involved a hostile protest in which people carrying Palestinian flags assaulted students and diners outside the school. This week, there have also been riots against orthodox Jews in New York City, as well as Nazi images being displayed in synagogues across the country.

Some states have increased patrols at Jewish schools, synagogues, and other community institutions over recent violent anti-Semitic attacks amid the Israeli-Palestinian conflict. They will especially be patrolling from Friday evening to Saturday evening; which is the Sabbath.

President Joe Biden wrote on Twitter on the 24th of May 2021 saying that: “The recent attacks on the Jewish community are despicable, and they must stop.”I condemn this hateful behavior at home and abroad – it`s up to all of us to give hate no safe harbor“.

May is Jewish American Heritage Month when we celebrate the contributions Jewish Americans have made to our very identity. In a world of intolerance and injustice, there is hope that one day these struggles will make the world better for all people.

Israel and Palestine have been in a state of conflict for decades. In recent weeks, the tensions between the two countries have escalated to violence at Gaza’s border with Israel. Thousands took to the streets around the world this week protesting against the Israeli occupation of Palestinian land. A number of Jewish people were victims of assaults during these protests. Police are now protecting synagogues and patrolling university campuses across America as part of their response to what they see as rising antisemitism. It seems like there is little hope that the conflict will be resolved anytime soon, but it can only get better if we work together against hatred with love instead of taking part in the warring factions tearing each other apart. What is your opinion about how we should respond? How do you think communities could help stop anti-Semitism?