The Rise of Copper has Uncovered the Dark Side of Clean Energy.

The switch to clean energy appears to propel the need for copper. This is a problem since acquiring copper presents an environmental hazard and exposes the dark side of a clean energy setup.

Copper is the first choice for power stations because “it conducts electricity, bends easily, and is recyclable – which makes it a critical material for most forms of renewable energy, from wind and solar to electric vehicles” [Source]. From this perceptive, copper becomes the essential raw material needed in establishing a viable industry that depends on renewable sources. 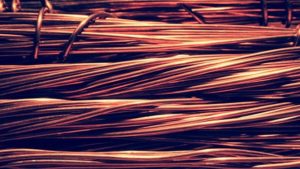 Due to the urgency of developed countries making an effort to adopt all necessary moves linked to clean energy, copper is now the most demanded mineral globally. Reports from market trends depict how this mineral is needed in large quantities in many corners of the world. But it has been noted that if clean energy promotes rampant usage of metals such as copper, then the strategy might be flawed. To some extent, it might be enacting more damage to the environment leveled with fossil fuels usage.

Chris Berry, an independent analyst on energy metals, outlined how the increased demand for copper was fuelled by those pushing for clean energy. Stats presented depicted an estimated growth in the market value of copper and projected a surge in demand of 350% by 2050 if every country goes for renewable sources. Copper prices were hiked in the period between 2019 and 2020 in the US.

“We’re really going to have to re-engineer the electricity grid to make it cleaner and greener and more efficient. And that’s going to take a lot more copper and copper mining,” as noted by Berry.

Holland Shepherd, manager of the mining act reclamation program at New Mexico’s department of energy, minerals, and natural resources, said, “There is an increased interest to mine copper at both existing and proposed mines to support clean energy.” This means various governments are going to inject a lot of funds in trying to obtain the metal.

Efforts in using clean energy are now likened to industrial processes that pollute the environment. This is a huge upset because people think that clean energy is a viable way of curbing climate change.

In noting down negative environmental effects of copper mining, the Guardian said, “Companies dig huge holes into the ground, going deeper than the water table. Heavy machinery kicks up dust, polluting the air. Chemicals are used to leach the mineral out of the ore, and exposed water is forever contaminated”.

It added that “Some operations, like Freeport’s Tyrone mine, will have to pump water in perpetuity, even after there is no longer copper to be found so that contaminated water from the mine site doesn’t flow back into the wider water table.”

But copper mining has proved to be fatal to our surroundings. Executive director of the Gila Resources Information Project commented on this issue and said, “We are trying to transition to a clean energy economy, right? So we obviously are very supportive of that.”

She further explained that “the increase in global demand for these metals is very disconcerting to me. You know, it’s frontline communities like us here in Grant county that bear the cost of the increased exploration, expansion of mining.”

Concerns were raised over the safety of underground water, which might be tainted by contaminated water when copper is taking place [Source]. Companies involved in these mining activities reassured residents who depend on wells that their water sources would be secured. But this was not appreciated by residents who do not trust the zeal of mining companies pursuing financial gains. People who live in the village of Hillsboro and New Mexico’s Grant county despised companies mining for copper near their residential areas.

Such information tends to question strategies to be implemented by humans to prevent climate change and stop aiding global warming.

Poland Warns of Potential "Armed" Escalation at the Belarus Border

Capitol Riot Records From Trump Whitehouse To Be Released to Panel, Judge Rules