Emotional Search in Tulsa: 100 Years After The Terrifying Massacre

Emotional Search in Tulsa: 100 Years After The Terrifying Massacre

The search for victims from the Tulsa Massacre 100 years ago continues. On May 31, 1921, at least 300 people were killed in one of the worst race riots in US history. The event is often called the forgotten massacre because it happened so long ago and because there are no markers or monuments to commemorate those who died. But a group of volunteers led by retired Oklahoma Supreme Court Justice James Hargrove has been working since 2003 to identify all of them. They’ve now identified 225 out of 300 remains using DNA testing.

May 2021 marks the 100th anniversary of the Tulsa Race Massacre; an event recently brought to light in America. Although one of America’s worst race massacres, it took 76 years to investigate the Oklahoma legislature. Even many residents of Tulsa and descendants of survivors weren’t aware of its existence until relatively recently.

In 1921, the Greenwood District of Tulsa, Oklahoma, was attacked by white citizens. Many 300 people were killed with no warning and nearly 1,200 more injured during the massacre that lasted for two days after an unsubstantiated rumor circulated about black men raping white women.

The Tulsa massacre, one of the most infamous race-based massacres in U.S. history, occurred because a Black teenager named Dick Rowland was accused of assaulting a white elevator operator named Sarah Page in downtown Tulsa.

As soon as the Tulsa Tribune, a white-owned newspaper in the city, heard of the event, they released an inflammatory front-page article: A Black man had attempted to assault a white girl at one of their buildings. There was little evidence this had actually occurred.

It was clear that the newspaper characterized it as Rowland attempting to rape Sarah. Witnesses claim that the Tribune’s editorial page was set up to provoke readers to violence, including a piece titled “To Lynch Negro Tonight.”

The words in the Tulsa Tribune immediately sparked outrage. “Within half an hour of when the Tribune hit the streets, there was lynch talk on the streets of Tulsa.” The effect was swift and devastating; by nightfall, a mob had gathered at Greenwood. Over the course of 48 hours, mobs of white people looted and set fire to African American businesses and homes throughout Tulsa. According to survivors, the mob shot any African American on sight.

Rowland was placed under police guard in a cell due to a potential lynch mob. Within hours after the Tulsa Race killing, all charges against Dick Rowland were dropped. Police concluded that Rowland had likely tripped. He reportedly left Tulsa the next morning and never returned.

The Oklahoma Bureau of Vital Statistics officially recorded 36 people dead. However, historians believe the death toll during the Tulsa Massacre may have been higher than 300.

Tulsa blacks saw their homes burned and 35 blocks of city property destroyed at an estimated cost of $20 million in today’s currency.

In the years after the Tulsa Massacre, as black Tulsans tried to rebuild their homes and businesses, segregation in the city increased. Oklahoma’s newly established branch of the KKK grew with each passing year.

No public ceremonies, memorials for the dead, or any efforts to commemorate the events of May 31-June 1, 1921. Instead, there was a deliberate effort to cover them up.

Until recently, the Tulsa Race Massacre has been rarely mentioned in history books, taught in schools, or even discussed. The Tulsa Tribune removed the front-page story that sparked this chaos from their bound volumes, and scholars later discovered police and state militia archives were missing. 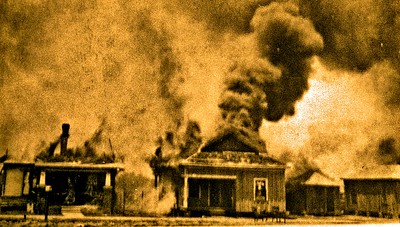 The Tulsa Race Massacre of 1921 was a tragic event that has been largely forgotten in Oklahoma and across the United States. Until recently, it became more widely covered in the media on its 100th anniversary on May 31st. After years of searching for answers about their loved ones lost to this tragedy, three survivors attended a congressional hearing on reparations legislation. They spoke before Congress about what they experienced during those fateful days nearly one hundred years ago. They are now seen as important figures who have helped shape our understanding of American history; these heroes should be honored by all Americans so that the future generation will learn the truth about the Tulsa race massacre.