UK and US Leaders Vow to Strength Science and Tech Collaboration

UK and US agree to strengthen ties in science and technology

The contemporary world is dominated by technological and industrial advancements which are making life easy for human beings. Innovations and inventions are being explored across the globe almost every day. The leading countries in this sector include China, Japan, Turkey, Russia, Germany, Great Britain, and the United States of America.

It is undeniable that stiff competition is between the Asian and the European countries to develop new technologies in the world. Particularly US, UK, China, and Japan are the forerunners for the trophy of being the most initiative. Stemming from this current competition, the US and UK have decided to co-join together so that these powerful countries can be one strong force.

This relationship follows the Atlantic Charter and Conference signed on August 14 in 1941. The Charter was an agreement between former US president Franklin D. Roosevelt and British Prime Minister Winston Churchill. After the charades of the First World War and its impact on the British and American people, these two European leaders decided to meet up to formulate and devise war aims given the impending Second World War. Also, the conference was a meeting to discuss the recovery plan for the two countries after the effects of the two world wars. 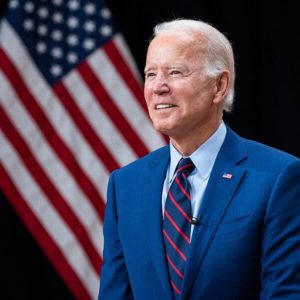 Roosevelt and Churchill agreed on eight ‘common principles’ that were supposed to uphold and supported by the US and Great Britain, especially after the wars. They decided to ‘seek for the liberalization of internationals trade’ and that neither of them will try to expand their territory. Another vital principle agreed on was ‘establishing freedom of the seas’ and international labor, economic, and welfare standards. The leaders concurred that there was a need for ‘self-governance in all the countries, including the US and Great Britain, and vowed to ensure that all countries occupied by superpowers be given a chance to select their government [Source].

The Charter was meaningful in that it was an affirmation sign of solidarity between US and Great Britain, and it was a good initiative to plan for the post-world war period. It is also believed that the Charter inspired states such as Vietnam to fight for self-governance and independence.

Hence US president Joe Biden and UK Prime Minister Boris Johnson are emulating their predecessors willing to work together for common goals. Dubbed ‘The New Atlantic Charter of 2021’ is another agreement by the US and UK signed on 10 June. Similarities drawn between this new charter and the old one is that both were made during a crisis. Roosevelt and Churchill were facing horrible world wars, Biden and Boris are facing the deadly coronavirus pandemic.

The contents of the New Atlantic Charter 2021 serve to strengthen ties between the US and UK, and it also welcomes any concerned parties that share the same vision. In the charter, the US and UK have agreed to collaborate on various areas of concern that include the following: democracy, human rights, and multilateralism; defense and security; science and technology; trade and prosperity; climate and nature; health; commitment to Northern Ireland. These are the pillars of building and developing a country [Source].

Under the Science and Technology agreement, these two leaders agreed to work together in doing ‘world-class’ research that will bring the new phenomenon to our world. Also, the cooperative work will be guided by rules, norms, and regulations that are fair to each party. The focus was also placed on coming up with regulations that allow data sharing so that both nations can track their progress. Emphasis was also placed on transparency, openness, and reciprocity when the relevant Science and Technology officials begin their work.

According to the charter, any scientific research undertaken is supposed to benefit human beings and ‘tackle’ problems globally, such as pandemics like the coronavirus outbreak, diseases such as cancer, antimicrobial resistance, and climate change leading to global warming. More so, conducted research should be in line with the up to date technologies such as artificial intelligence, quantum science, and battery technologies [Source].

The charter will also carry on with the already launched programs such as the UK government’s Digital Secretary 10 Tech Priorities. As doled out by the Department for Digital, Culture, Media, and Sport, these priorities include 5G network investment, digital economy security, establishing UK as the tech start-up hub for Europe, data processing, making sure that UK tech is not London-centric among others. Also, the charter will indulge the UK Research and Development Road map to designing new technology systems. The government’s Integrated Review, which lays out the blueprint plan for the UK vision up to 2030, will work side by side with the agreed terms in the charter [Source].

All of these scientific aspirations will be undertaken through the “closer coordination between the Prime Minister’s Council for Science and Technology and the President’s Council of Advisors on Science and Technology,” as written in the joint statement released by president Joe Biden and Prime Minister Boris Johnson [Source]. In addition, experts in scientific research andthe an excellent tech-companies, individuals who have excelled in the private sector in terms of technological advancements, will also be included in this collabo program.