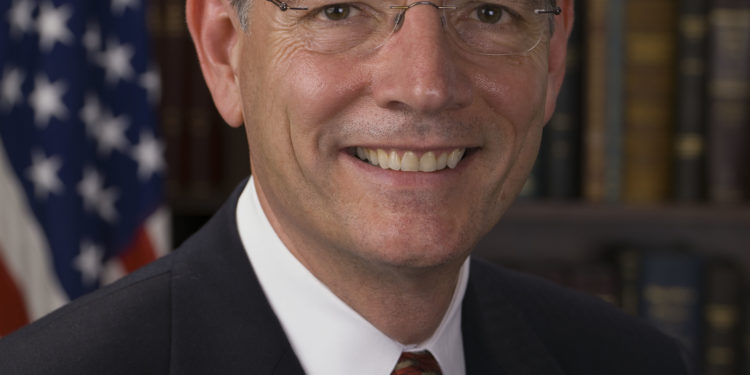 John Barrasso was Born and raised in Reading, Pennsylvania. After graduating from Georgetown University with a B.S. and M.D., he completed a medical residency at Yale University before settling down in Wyoming to work as an orthopedic doctor for Casper’s Plastic & Reconstructive Surgery Center of Excellence.

Barrasso was appointed by Governor Dave Freudenthal on June 22, 2007, to replace Senator Craig L. Thomas, who died earlier that month.

Because Governor Freudenthal was required to select from among three candidates selected by the Republican State Central Committee, he could not consider other potential nominees.

Senator John Barrasso announced on May 19, 2008, that he planned on running for office in the general election of 2008. Though he went into detail before his appointment about this intention, Barrasso’s announcement was to serve out Senator Bryon L. Thomas’ term after Thomas left midway through the term due to health problems.

Tom Sansonetti, one of the three Republican candidates selected for consideration by Governor Freudenthal for Senator John Barrasso’s seat, said he would not challenge Barrasso in the primary.

In the 2012 primary election, Barrasso won with 90% of the vote to embark on his first full term as Senator.

Senator John Barrasso ran against Tim Chestnut in the 2020 election for the position of United States Senator. After an extensive series of debates, he won 76% or higher of the votes cast.

The first legislation Senator John Barrasso introduced as a senator was one that would prevent the Environmental Protection Agency (EPA) from limiting carbon dioxide emissions.

In the second impeachment of President Trump in February 2021, Barrasso opposed it as a “partisan crusade.”

On February 13, 2021, Barrasso voted in favor of acquitting Trump of the charge that he incited an attack on the Capitol building.

In 2021, Senator John Barrasso voted against instead creating an independent commission to investigate the insurrection of January 6.