Whatsapp, the popular messaging service, has filed a lawsuit in the Civil Court of Delhi against the Indian government over new rules that impede users’ right to privacy. The new rules require Whatsapp to store all chats on servers inside India and share them with law enforcement agencies when demanded. This would allow the Government for unrestricted access to the private messages of its citizens.

This is not the first time Whatsapp has come under fire from authorities in India. This year, India’s telecom authority was fined earlier this year for failing to comply with these requirements while it was negotiating a deal with Facebook worth $19 billion. 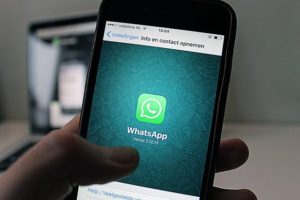 Facebook-owned messaging service, WhatsApp has filed its petition in Delhi High Court against the new rules that pose restrictions to people’s right on privacy.

Whatsapp takes the Indian government to court over a new law that impedes users’ right to privacy.

End-to-end encryption ensures that nobody other than the receiver can see a message’s contents – and this is important for those who wish to exercise their rights to free speech with the assurance that they are not being spied upon.

“Enabling the identification of the first originator of information in India on end-to-end encrypted platforms like WhatsApp is a much more serious invasion of privacy than requiring businesses to film public behavior in public areas, as WhatsApp was designed to facilitate the exchange of private communications,” the petition says.

“Requiring messaging apps to ‘trace’ chats is the equivalent of asking us to keep a fingerprint of every single message sent on WhatsApp, which would break end-to-end encryption and fundamentally undermines people’s right to privacy,” WhatsApp says. “We will continue to engage in constructive dialogue with the government on how we can keep our users safe.

Interfering with this feature will have a major impact on the users, including those who are activists and political opposition.

The new traceability rules would force private companies to collect and store who-said-what and who-shared-what for billions of messages sent each day, says WhatsApp.

This means collecting more data than they need only to turn it over to law enforcement agencies. The rule will also affect Whatsapp alternatives like Signal and Telegram. 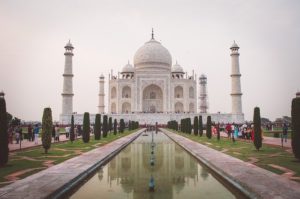 The Indian IT Minister took issue with the court filing, saying that WhatsApp’s efforts to thwart the new rules are an “unfortunate attempt” since he pointed out that “no fundamental right is absolute and restricted to reasonable restrictions.

He said, “WhatsApp’s attempt to portray the Intermediary Guidelines of India as contrary to the right to privacy is misguided.”

Union Minister clarified that none of the measures proposed by India would impact WhatsApp’s normal functioning or affect user privacy.

The Indian Supreme Court has recognized privacy as a fundamental right, and any legislation that inhibits this must pass the three-point test of legality, necessity, and proportionality.

The lawsuit alleges that the Indian government and its telecom regulator are not fulfilling their constitutional duties. It also argues that they have willfully violated Whatsapp’s rights to operate freely by blocking access to its service, which is a violation of India’s constitution. In addition, it claims that customers in rural areas who use Jio Phone SIM cards cannot fully utilize WhatsApp because they can’t afford data plans on top of voice services or don’t even have 4G coverage. Finally, the suit contends that an order from TRAI mandating differential pricing for different kinds of content violates Article 14 (equality before law) and Article 19(1)(a) (freedom of speech).

There Will Not Be A Capitol Riots Commission