Whenever one bumps into a ‘white’ person, the assumption is that they are rich or have everything necessary in life. The whites’ image portrayed across the globe is that the ‘whiter you are, the more money you have.’ And a lot of ethnic groups of people believe in this theory. It is unheard of to say that a white person, especially in Europe, is starving. ‘Poverty and a white person’ have been treated like parallel concepts that will never meet. The superiority complex, which was aired since the colonization and slavery period, communicated that white person had made it in life just being born white. Thus the world believes that being white is the gateway to a good life and lifetime achievements. 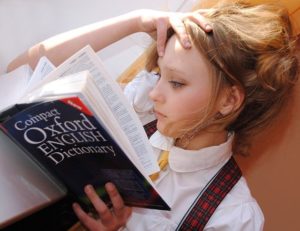 It is from this kind of mindset that the concept of ‘white privileges’ was coined. The term denotes how a white person has a social advantage over other races. This social advantage is just handed to them because of their skin color, which means it is free, and no one broke any sweat in getting it. White privileges extend to social status, economic benefits, financial stability, intelligence, beauty, among other areas. The white person is believed to possess all those qualities and capabilities from birth. It is thought that this term became popular and famous during anti-slavery protests and Pan-Africanism movements in Europe.

Pan-African icons such as William Du Bois, Marcus Garvey, Martin Luther King, and Malcolm X perhaps brought it to the forefront. During that time, the whites claimed rights over land, business, and slavery just because they were superior. The term’s usage is also attributed to the writings of Peggy Mcintosh, who was an anti-racism activist and writer. In her works titled “White Privilege: Unpacking the Invisible Knapsack,” she alluded to how whites access many benefits that they have not earned through hard work [Source].

Due to such a background of pride and emphasis on being superior to others, the white people internalized ‘white privileges’ until the whole world ‘played along.’ European countries became the home of these privileges as various racists acts were witness, especially in the United States of America and the United Kingdom.

When European governments are requested to fund the ‘disadvantaged’ groups of people, white people are never considered. Different foreign nationals, African-Americans, refugees, and immigrants top the list of ‘poor communities in the US and UK, and they usually get funding in terms of college scholars. They’d hampers and free community schools’ education. But it has been noted that the ‘white privilege’ belief has been disadvantaging certain UK citizens for a long time. White privilege has been referred to as a myth [Source].

White people are just like any regular race who can face financial problems, be born in a low-income family, and have life hardships. Hence some white people have been neglected and underfunded by the government compared to other disadvantaged people in the UK.

Harlow, Member of Parliament Robert Henry Halfon, has noted with anger that believing in white privilege is a ‘major social injustice,’ and he blames the UK government for failing to address issues of poor white students who are falling behind in the UK education system. According to MP Halfon, these white students are not failing because of poverty. Some disadvantaged groups of scholars do better. So, it is negligence by the government, among other significant factors [Source].

The UK Education Select Committee revealed that about 16% of white British pupils on free meals get enrolled in universities compared to 59%, 59%, and 32 % of black African pupils, Bangladeshi, and black Caribbean pupils. Also, 18% of the white students on free meals achieve grade 5 in English and maths compared with 23% average for free meals.

The Committee gave an insight into the causes of the poor white pupils failing to achieve their academic dreams. The reasons include poor local jobs markets, and they do not get a lot of opportunities. Also, they are affected by a lack of community assets or resources and social services. The poor white people’s neighborhoods have outdated local services and transport, which affect the livelihood of learners who reside there. Another major factor discovered is how these low-income families have “multi-generational poverty,” The parents demoralize the kids since they have no education experience or academic achievements [Source].

The UK Education Select Committee suggested various remedies to curb the perennial underachievement of poor white students in the UK education school system. It indicated that the public needs to find a better way to approach racial disparities, and all the objective factors should be considered instead of theorizing about certain races. Another solution was to introduce family hubs whereby the students’ parents are given a chance to be actively involved with the learning system of their kids.

The Committee also argued for the need to use pupil premium funding to provide more support for the school-going kids and the urgent need to attract more teaching staff or educators to the areas that struggle in retaining their school staff. According to the Committee, there is also a need to ‘ensure that work-related, vocational education is available.

All the solutions above can help improve the situation, but the real struggle lies in demystifying white privileges and how people view racial demarcations. A lot of effort has to be injected to introduce school-going how government officials should not be biased when identifying the disadvantaged and marginalized groups of people in society.

MP Halfon believes that the public needs to move away from the archaic ways of superior and inferior races and treat people as just people, especially in the modern world, which despises racial segregation and discrimination. Racially tension and cultural friction have caused the young and the innocent to face the consequences of this disunity among people. That is what has been happening to the poor white students in the UK.