A Deal Between Biden And Gov. Newsom Will See Wind Farms On The Coast Of California

Tuesday, US President Joe Biden and California Governor Gavin Newsom agreed to collaborate on offshore wind projects near the Pacific coast. President Biden announced that the state of California would develop offshore wind farms by agreeing with Governor Newsom.

It will add 4.6 GW of clean energy to the grid thanks to former Vice President Joe Biden and Gov. Gavin Newsom. 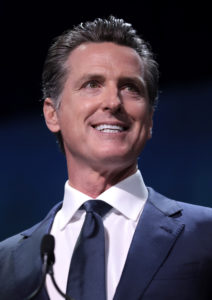 Gov. Gavin Newsom is glad to see the plans for wind farms on California’s coast, recognizing that the state had been trying to advance offshore wind power for years with little success under Trump administration policies.

The state promises to accelerate its own environmental review process to speed up the offshore wind farms, which are estimated to contain at least 380 turbines. It will see 30 gigawatts of offshore wind energy delivered by 2030.

California will be hosting wind farms along its coast with an agreement between the federal and state governors.

California Governor Gavin Newsom intends to keep his campaign promise with the addition of $20 million in funding for environmental review.

The Department of Defense pushed back on the past idea that California would be home to offshore wind power, warning that this development could interfere with military exercises.

But the department’s top policy officials appear to have fundamentally changed their position under Biden.

Renewable energy has long been politicized. One of the key policies that have been brought forward in recent years is the Green New Deal. This was first proposed by US Representative Alexandria Ocasio-Cortez and Senator Ed Markey in February, which would see a complete overhaul to address climate change and economic inequality. The plan gets its name from President Roosevelt’s New Deal program, which helped lift the US out of the Great Depression.

It would see a complete overhaul to address both climate change and economic inequality. The plan gets its name from President Roosevelt’s New Deal program, which helped lift the US out of the Great Depression, as it too seeks an ambitious mobilization in response to a great crisis.

China Moves From One Child to Three Child Policy