A sexual exploitation scandal has rocked the World Health Organisation in the DRC. This is damaging for an organization that is supposed to be helping the vulnerable across the globe and assisting troubled communities in times of crisis. But a released report showed that the WHO workers were inflicting another pandemic in Congo related to sexual exploitation.

Taking advantage of women and young girls by people who occupy higher positions are becoming a trend in many countries. This disgusting act seems to have made a home for humanity, and females are just seen as sexual objects. To some analysts, such occurrences show the decadence nature into which society has plunged.

While claiming to be offering aid and assistance during a deadly disease outbreak, WHO workers propagated their selfish needs and took advantage of poor female souls. Due to poverty and challenging economic conditions, females are prone to offer themselves to a willing male to get food into their mouths and fend for the family. It is believed that a mother cannot stand the sight of her family starving and tend to rectify the situation using diverse strategies.

WHO staff were named in allegations of sexual abuse of women and girls in the DRC during the Ebola outbreak between 2018 and 2020. About 83 aid workers, both Congolese and international, were included in this heinous crime, and more than 50 local women came forward to report sexual abuse. An independent commission carried out the investigation and compiled a 35-page report containing all the case details. In gathering information, the commission interviewed many Congolese women and girls who then testified to have exchanged sex for a job. Based on the interviewees’ testimonies, a further inquiry uncovered that 21 perpetrators were working for WHO. According to other abused females, they were “plied with drinks, ambushed in hospitals, forced to have sex,” and two of these victims fell pregnant. The abusers did not use contraceptives, and two victims said that they were forced to have abortions. A 13-year-old girl was the youngest victim. This minor narrated how a WHO driver picked her up at a roadside where she was selling phone cards and offered a ride home. But the driver took her to his hotel room, where he raped her in April 2019.

A Congolese woman Shekinah revealed her sad story where she had sex with WHO’s Boubacar Diallo in exchange for a job, and she said, “I would like him and other doctors who will be charged to be punished severely so that it will serve as a lesson to other untouchable doctors of the WHO.” A member of the Congolese Union of Media Women, Julie Londo, who is working towards countering rape and sexual abuse of women in Congo, appreciated WHO for punishing the criminals. She said, “WHO must also think about reparation for the women who were traumatized by the rapes and the dozens of children who were born with unwanted pregnancies as a result of the rapes.” 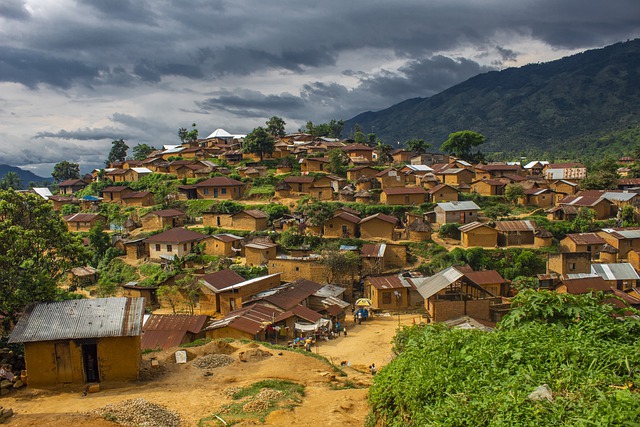 The commission noted that it found “clear structural failures and unpreparedness to manage the risks of sexual exploitation and abuse incidents.” It blamed too much focus, which was placed on fighting Ebola while ignoring the groundwork force’s conduct in executing its duties. Administration issues and the hiring sector are usually overshadowed by the need to eradicate a problem, so those in the influential offices are gifted with an opportunity to exploit others. This was also fuelled by unemployment rates ranging at 36% in the country. Such a percentage translates to millions of struggling people, especially with the influx of graduates who fail to find any work. Hence, they sacrifice a lot to get a few cents into the pocket. WHO was leading in fighting Ebola, which killed about 2 000 people in DRC, and in June 2020, the officials declared it over.

After learning of his staff’s conduct, WHO Director-General Tedros Adhanom Ghebreyesus said these crimes are “inexcusable.” WHO officials commented on the report and decided to terminate contracts of four aid workers who were still employed by the organization and promised to take more stern measures to uproot these criminal tendencies.

“This is the biggest finding of sexual abuse perpetrated during a single U.N. initiative in one area or one country during the time-bound period of a U.N. response effort,” as noted by Paula Donovan, co-director of the Code Blue Campaign, which is known for championing against sexual exploitation by U.N. peacekeepers.

On Tuesday, Dr. Tedros held a press conference where he apologized to the victims due to the report’s findings. He said, “I’m sorry for what was done to you by people who are employed by WHO to serve and protect you. It is my top priority that the perpetrators are not excused, but held to account”. He vowed to make necessary changes to the organizational structure, working culture, and ethical conduct.

Tedros promised to support and protect the victims of these unfortunate incidents. WHO Africa regional director Matshidiso Moeti also apologized to the victims who suffered “because of the actions of our staff.” Moeti uttered that she was “humbled, horrified and heartbroken” by the report’s findings.

A professor of international politics at Queen Mary University London, Sophie Harman, suggested that the DRC cases are only a tip of an iceberg and were concerned that more allegations would come from various countries. In her statement, she said, “More cases are bound to come forward across the world,” and urged relevant authorities to focus more on helping the survivors who desperately need assistance after a traumatic experience. She added that “This requires both prosecutions of perpetrators, but full accountability on the part of WHO leadership who knew about the rumors and reports, and yet took years to act on this issue.”

The women were brave enough to share their stories and have contributed to rectifying the situation and the prosecution of abusers.

Why are some Republicans against Trump?