Would Banning MPs’ Second Jobs Crackdown on Corruption in the UK?

The idea of banning MPs’ second jobs in a bid to curb corruption has sparked conversation in the UK. Normally, MPs have their diaries filled with designated duties that are expected to be executed. This means other having another job that is outside of one’s job description can be problematic. Usually, the reason for a person to get a second job is either linked to financial gains or passion, but it is more inclined to an individual chasing more money. Due to this, a second job will hinder MPs from adequately performing their roles and will fail to serve the people while looking for financial breakthroughs in other areas. 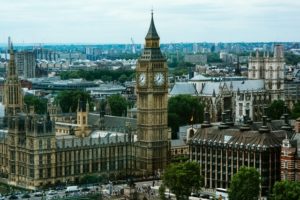 Lord Evans, the chair of the UK government’s independent standards committee, is “urging ministers to restrict MPs from holding consultancy and advisory jobs, and warning politicians to stop stalling on the issue” [Source]. According to him, MPs in the UK are seen doing other jobs and seem to perform well outside compared to the roles ascribed for them to do. Such an occurrence has been witnessed for a very long time, and politicians are delaying taking action against this multi-task nature of MPs and other government officials. Lord Evans noted how his committee had raised red flags on the issue back in 2018, but their efforts were all in vain.

In outlining the issue, the committee stated that MPs spending a “huge amount of time” in their second jobs are underperforming as this would “get in the way of their ability to work in support of their constituents.” Tory grandee Malcolm Rifkind, a former cabinet minister during Thatcher’s reign, issued a warning to UK Prime minister Boris Johnson stating that the PM was “in danger of becoming ‘a liability’ to the Conservatives of being toppled by his MPs, as Margaret Thatcher was.”

He said, “I was in the cabinet when [Ms] Thatcher was required to fall on her sword … no prime minister can assume they’re free from that risk”. The conversation was sparked by former MP Owen Peterson, who was forced to resign after a paid lobbying scandal. Various officials were now worried about the corrupt conduct of these parliamentarians, especially whenever they were involved in other outside businesses which have an indirect link to their government job. Peterson was “found by parliament’s independent sleaze investigator to have broken lobbying rule during his £100,000-a-year private sector work”.

PM Boris Johnson tried to protect Peterson and caused an altercation with parliament, which blamed him for overhauling parliament’s standard system [Source]. Johnson continued to defend his MPs and argued that the UK “is not remotely a corrupt country and he added: “Nor do I believe that our institutions are corrupt.”

A report by the opposition party of Labour noted how the Tory MPs are getting fat cheques from consultation fees. According to the report, more than £1,7 million was acquired by the Tory MPs since the beginning of 2021. The report said, “One in seven Tory MPs are taking money from outside interests.”

A breakdown of money received by the MPs depicted that former cabinet minister Sir John Redwood earned £194,810, Sutton Coldfield got £115,833, Wyre Forest Garnier amassed £82,500, Stephen Hammond acquired £81,666, and Richard Fuller obtained £79,899. Since second jobs seem to pay huge amounts of money, it is easy for an MP to exert more effort in these second jobs and indulge in illegal activities just to get paid.

Business Minister Paul Scully had different sentiments on this issue and said MPs should get second jobs, but “paid advocacy and the like … needs to be absolutely stamped out”. He defended his viewpoint by saying it was “right that MPs can have second jobs, but it is what the second jobs are that is key because you get lots of examples where lawyers still practice, and they can bring that experience back to the legislation we are bringing forward, and they are scrutinizing.” He added that “You have people in public services that are still practicing as nurses, dentists and doctors, you have people in a business which allows them to bring a business acumen and experience to bear in economic situations.”

From another perspective, it is quite understandable for MPs to get outside experience to aid their government work, but the temptation to indulge in illicit conduct is huge for these politicians, especially based on the popular phrase which states that “politics is a dirty game.” The Guardian argued that MPs need to understand their roles as a “public service, not a top-end profession requiring appropriate remuneration.” It explained that “putting an end to corruption requires urgent reform. That means banning second jobs – with the exceptions of public services, such as healthcare or teaching – and heavily constraining the revolving door and the lobbying activities of former MPs” [Source].

This viewpoint requires an MP not to chase after money to stop corrupt tendencies and only focus on serving the people. Dr. Rosena Allin-Khan, who is the Labour MP for Tooting, argued that “There’s a clear view that says being a good MP requires undivided attention and dedication, something I completely agree with [Source]. She is a medical practitioner who volunteers in hospitals and explained that “If MPs are banned from having second jobs, I’ll volunteer in hospital alongside my NHS colleagues.” To her, “It’s unacceptable that some MPs look at their parliamentary role as a cash cow for other ventures.” She added that “there’s a world of difference between working on our NHS front line and lining your pockets in the private sector.” Pursing pay-outs is what many people despise when MPs get second jobs as they will sacrifice everything to get paid. Another view on this issue is linked to paying MPs enough money so that they will yearn to be treated like CEOs in the private sector [Source].

A second job for an MP is described as a “lucrative side-hustles,” and such “hustling” must end [Source]. Jon Trickett, a former shadow Cabinet Office minister, concludes this immensely debated issue by calling for a ban on second jobs for MPs, saying being an MP “should be a full-time job to effectively represent 75,000 constituents and one that does not allow time to represent other paid interest”.

Different views are aired out on this subject, but historical records show that MPs tend to be distracted when they have a second job and are prone to corruption when money is involved.