Democrats vs. Republicans on Taxes

Democrats and Republicans are major forces operating in the political arena which use different ideologies. Because they draw from different reservoirs of information, these two political factions are frequently in opposition on taxation.

In 2016, the Democrats laid out their plans in relation to taxes in the country. The party wanted to close down tax loopholes that certain individuals exploited to make more money [Source]. They also planned on supporting small-scale businesses “by providing tax relief and simplifying the tax code.” Democrats proposed to fund social security by taxing individuals with a huge amount of annual earnings.

Republicans, on the other hand, were in pursue to “promote economic growth and eliminate unspecified special-interest loopholes, while being mindful of the tax burdens that are imposed on the elderly and families with children.” They wanted to preserve social security benefits without tax increases. 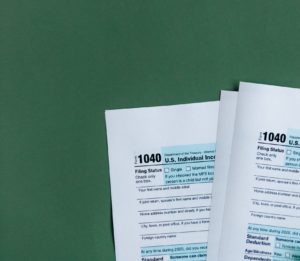 Currently, the Democrats and Republicans are clashing in terms of raising taxes for established corporations and high-income earners [Source]. According to US president Joe Biden, wealthy Americans and corporations need to “pay their fair share” in terms of taxes as a way to build the economy. The Biden administration proposed solutions to rectify tax evasion, including “increasing IRS enforcement and income reporting” so that clarity is brought in the country [Source]. Biden emphasized wealthy individuals and companies paying up a fair share because they were slacking in doing so. Natasha Sarin, the Treasury Deputy Assistant Secretary for Economic Policy, noted that “The tax gap can be a major source of inequity. Today’s tax code contains two sets of rules: one for regular wage and salary workers who report virtually all the income they earn: another for wealthy taxpayers, who are often able to avoid a large share of the taxes they owe.”

However, Republicans are against the idea of raising taxes for a few Americans while ignoring the others. They believe it is an initiative by the Democrats to steal hard-earned cash from various hard-working people. But Biden seems determined to implement this strategy and threw shade on Trump by saying, “This isn’t going to be anything like my predecessor, whose unpaid tax cuts and other spending added nearly $8 trillion in his four years to the national debt – $8 trillion”.

Senate Majority Leader Chuck Schumer commented on the issue of rich people evading tax and said, “I think there is broad agreement between the House and Senate that the wealthy must pay their fair share, that our tax system must be made far more progressive and that we can pay for a large chunk of this bill by doing just those things.”

But republicans reacted by saying, “If you raise taxes now, we’ll cut them back when we win power.” Senator Rand Paul, R-Ky, spoke on behalf of his party by saying “no Republicans would vote for the new taxes,” and he added that “We don’t like the taxes.” Also, it is an unpopular move to raise taxes when covid-19 has enacted a lot of expenses upon the public. Republicans argue that “raising taxes on corporations and capital gains would harm the economy.”

From the Democrats’ side, Sen. Bernie Sanders I-Vt said, “At a time of again massive income and wealth inequality, it is appropriate that the rich start paying their fair share. That can raise the revenue that we need to fund programs that working families desperately need.”

Both parties agree that the low-income earners’ tax funds should not be raised, and significant revenue is obtained from taxes. Stemming from Trump’s plans, republicans support permanent payroll tax cuts while Democrats wish to raise the top income tax rate back to 39, 6 [Source] and tax the rich people even more.

These politicians move in different directions regarding handling taxes and the appropriate strategy that will improve their economy.

Will Julian Assange be sent to an Australian Jail?