15 Months: Jacob Zuma Sentenced to Prison in Contempt of Court

Jacob Zuma, the former president of South Africa and a controversial figure in his country’s history, was sentenced to 15 months in prison on Wednesday after being found guilty of breaching court orders. The sentence is one of the harshest penalties ever handed down by the courts for contempt of court. 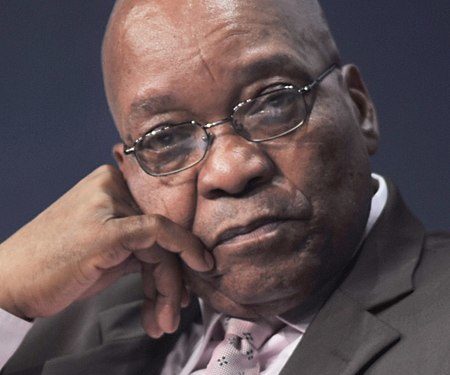 Acting Chief Justice Sisi Khampepe led the court. She said that President Jacob Zuma had refused to answer questions about his actions, despite being required to do so by a court order.

The former president, Jacob Zuma, was found guilty of contempt of court for not coming to attend his own hearing.

He says it is all a conspiracy and wasn’t present in court when the verdicts were read.

Mr Zuma was previously jailed on Robben Island under the apartheid regime in 1963, where he spent 10 years in prison with ANC leader Nelson Mandela. Prison is a different proposition when one is aging.

Zuma and his family are separately facing 16 charges of fraud, graft, and racketeering related to a 1999 purchase of fighter jets, patrol boats, and military gear from five European arms firms for 30 billion rands.

Former South African president Jacob Zuma was found in contempt of court after failing to repay a settlement for the money he and his associates allegedly stole from state coffers.

It remains to be seen whether Zuma will spend any time in prison or not. There is no record of a former president in South Africa being locked up. The same can be said of other parts of the world. Political elites seem to have an invisible veil of protection even after they have left office.

The Zuma story presents a possible turning point. He seems to have lost favor due to the corruption charges that he faces. However, we do know that lady justice has screamed her verdict. More to follow as we find out.

Does Domestic Violence have to be Physical?

Nissan Set To Bring Thousands Of Jobs to The UK