Joe Biden, President of the United States, defended his decision not to sanction a company building a controversial Russian gas pipeline. “We are going to have sanctions on Russia,” he said. “but they’re not in the area of energy.”

What is the Nord Stream 2 gas pipeline?

Starting in 2011, Nord Stream LLC, a subsidiary of the Russian gas company Gazprom and German oil company Shell, began work on an $11 billion pipeline to expand to their already-built 300 miles long Nord stream 1. The pipeline will cross the Baltic Sea between Russia and Germany and carry 600 billion cubic feet per year of natural gas

This is most important now when European production has declined, and demand for imported gas remains high.

President Joe Biden was questioned Tuesday about his decision not to sanction the company building Russia’s Nord Stream 2 gas pipeline, which he called important for U.S.-European relations.

“It was almost complete when I took office, which made me reluctant to impose sanctions,” Joe Biden said today in an interview about the pipeline’s construction.

The Department of State also imposed sanctions on four Russian ships involved in the building of Nord Stream 2, though opponents said that would not be enough to discourage construction.

The U.S. Secretary of State, Anthony Blinken, has said that he is determined to prevent the completion of the controversial Russian gas pipeline.

Acknowledging that Russia poses a “potentially existential threat” to Europe, Biden has moved quickly to rebuild his country’s relations with key European allies such as Germany and France.

German officials welcome what they call a “constructive step” from the Joe Biden administration to overturn sanctions against a controversial pipeline being built in Russia. Foreign Minister Heiko Maas said on Friday: “It’s an expression of the fact that Germany is an important partner for the US, one that it can count on in the future.”

Biden is planning on making an overseas trip to Europe next month and a potential summit with Putin amid political tensions.

Image via Flickr/James Stewart is licensed with CC BY-SA 2.0. To view a copy of this license, visit https://creativecommons.org/licenses/by-sa/2.0/ 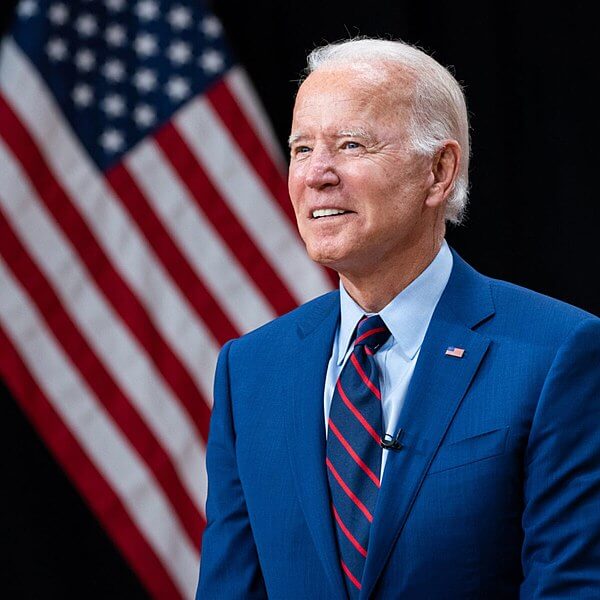 Image via commons.wikimedia.org  is licensed with CC BY-SA 2.0. To view a copy of this license, visit https://creativecommons.org/licenses/by-sa/2.0/

House Republicans criticized President Joe Biden on Wednesday for not sanctioning a company building a controversial Russian gas pipeline. Michael McCaul, the top-ranking Republican on foreign affairs, said: “If the Putin regime is allowed to finish this pipeline, it will be because the Biden Administration chose to let it happen.”

In his speech, he claimed that the pipeline project posed a number of threats including deepening Europe’s energy dependence on Moscow and increasing Putin’s wealth.

When Joe Biden was first elected he was set on making a change. In contrast to his predecessor, Mr. Biden believes in “communication and cooperation” when it comes to Russia, and that diplomacy is the way forward.

Despite Ukraine’s efforts to ingratiate itself to the West, its relationship with Russia will always outstrip it. When a country has considerable economic interests at stake, as Europe and Russia do on Nord Stream 2, there will be no concessions made for countries like Ukraine.

Critics point out that this plan would undermine much of the work that Ukraine has accomplished since the Maidan Revolution in 2014. With a vast border shared with Russia, critics believe Russia is never going to give up its interest in controlling Ukrainian politics so long as there is contact between Ukraine and Russia.

This, coupled with the fact that economic interests will always take precedence over ideals spoken out by North American governments. Consensus would suggest that it is unwise for Ukraine to take any course of action where Russia could reasonably interpret it as angering them.

As the Nord Stream 2 gas pipeline nears completion, President Biden has given in to European pressure and waived all sanctions against companies that are building it. This decision is being criticized by US congressional republicans who believe this will only strengthen Russia’s position as a major supplier of natural gas to Europe. The president’s reasoning for his decision is clear; he does not want to damage relationships with countries like Germany which have benefitted economically from the construction on the new pipeline. Despite these benefits, many worry that giving into Russian demands could lead them down a path towards dependence on their energy resources and increase their influence over Western nations. Regardless of how you feel about this issue, there seems to be little doubt that when President Biden leaves office next year relations

Lab-Grown Diamonds: How Are They Made, Why Are They Better Than Mined Ones