According to US intel, Russia under the Putin administration is stoking laid out plans for invading Ukraine. The US officials who were part of the team that shared the plans deemed Russia’s strategies very effective. The plans doled out include maps, troops and heavy artillery. 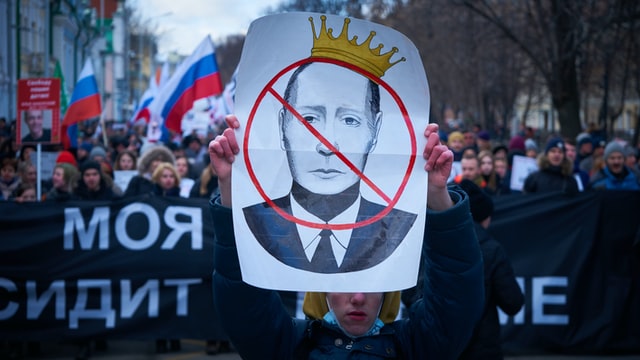 These things were examined and were regarded as enough to carry an imminent attack on Ukraine. The intel is also enough for Russia to launch an invasion from various entry points which means that stern research was done in order to get this information and compile it into a viable plan.
Those who acquired the intel forwarded Russia’s plans to NATO members last week. This was done to curb Putin’s future moves of expanding his territory by undermining the sovereignty of others. Some suggested that there is a need for a “frantic diplomatic effort to deter him [Putin] from any incursion”, and others wanted European leaders to confront the Russian president about his unacceptable plans.
It seems like the matter is urgent as it was noted that “The diplomacy is informed by an American assessment that Putin could be weighing an invasion early next year as his troops again mass near the border”.
According to the intel “The information lays out a scenario where troops would cross into Ukraine from Crimea, the Russian border and via Belarus, with about 100 battalion tactical groups — around 100,000 soldiers — deployed for what the people described as an operation in rough terrain and freezing conditions, covering extensive territory and prepared for a prolonged occupation” [Source].
Informants on the ground reported on how “about half that number of tactical groups was already in position and that any invasion would be backed up by air support”. It was also noted that “Moscow had also called up tens of thousands of reservists on a scale unprecedented in post-Soviet times”. when it comes to military conduct, reservists are used for securing a territory that would have been obtained after all the tactical battalions have left.
In some cases, they assume leadership roles and are absorbed into the governing system. However, there are no reports in Russia of any reservists calling up, unless it is being done under the wraps and away from the media.
The intel also stated that there is “information about an exponential rise in disinformation targeting Kyiv and that Moscow has recruited agents to try and sow destabilization inside Ukraine”.
The Russian leader denied any wrongdoing and refuted the allegations of invading any country. His actions did alarm the US and its allies and he accused them of undermining Russia’s “red lines” over Ukraine seriously enough. Ukraine has been on Russia’s radar for a very long time and Putin sees it as a part of Russia. During his speech delivered last week, Putin said his moves are going to “keep the U.S. and its allies on edge for ‘as long as possible, so nobody gets it into their head to cause a conflict we don’t need on our western borders”.
He despised the US and other European nations for engaging in military projects while using Ukraine as a territory and launching various initiatives in the Black Sea and flights by warplanes seen near the Russian borders. Russian officials loathe NATO’s expansion into Ukraine and want NATO to stop its advances.
According to a US senior administration, the Biden regime is prepared to utilise vast tools in stopping Russia’s harmful actions and can continue doing so if the country persists in exhibiting invasion intentions. European countries are not sure if an invasion or war is going to happen and are sceptical about Putin’s real plans.
Secretary of State Anthony Blinken commented on this issue last month “I can’t speak to Russia’s intentions. We don’t know what they are”. He added that “We don’t know what President Putin’s intentions are. But we do know what happened in the past. We know the playbook of trying to cite some illusory provocation from Ukraine or any other country and using that as an excuse for what Russian plans to do all along”. The White House did not comment further on the issue.
In response to the US’s intel, Putin’s spokesperson, Dmitry Peskov said “Russia is not going to attack anyone” and noted how some people might have misread their actions by saying “It’s not like that” [Source]. He added that his government is “deeply concerned about provocative actions of the Ukrainian Armed Forces on the line of contact” as well as “preparations for a possible military solution to the Donbas problem”. Peskov suggested that ‘Russia won’t invade Ukraine – unless it’s provoked’ as noted by the US News.
Various sources in the US aired the American plans of sending `extra weapons to Ukraine’ since it might be under threat from a US invasion [Source]. White House Press Secretary Jen Psaki said her government “had extensive interactions with our European allies and partners in recent weeks, including with Ukraine”. She explained that the US has “also held discussions with Russian officials about Ukraine and US-Russian relations in general”.
A discussion was also held between the chairman of the Joint Chiefs of Staff, Gen. Mark Milley and the commander-in-chief of the Ukraine Armed Forces Lt. Gen. Valery Zaluzhny on Monday.
The discussion was centred on how Biden’s administration and Congress think that Russia might invade Ukraine, which is a strategic US ally, and this will be a second invasion attempt in under a decade. “Our concern is that Russia may make a serious mistake of attempting to rehash what it undertook back in 2014 when it amassed forces along the border, crossed into sovereign Ukrainian territory and did so claiming falsely that it was provoked,” argued Bliken.
Details of these discussions were not revealed in full, but the outlook shows that this situation is quite serious so both US and Russian officials are not taking it lightly because it affects their allies and tends to test each other’s prowess in establishing an iron hand in the political and military arena.
Tags: PutinRussia

Food Banks: A Necessity in a Fractured Society