Ben & Jerry’s, a famous ice cream company, has announced that they will stop selling their products in the Israeli-occupied West Bank and East Jerusalem. The decision to withdraw from these occupied territories has been met with fierce criticism from Israel’s political establishment. Prime Minister Naftali Bennett warned that Ben & Jerry’s withdrawal would have severe consequences for Ben & Jerry’s and Unilever. 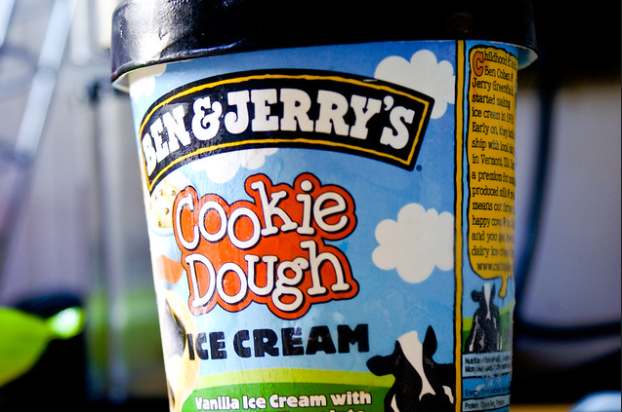 The decision by the ice-cream maker, which also has taken a political stance on climate change and Black Lives Matter issues, is one of the most notable advocates in opposition to the Israeli settlement development scheme. Ben & Jerry’s has become increasingly vocal in recent years. In 2017, it took a brave stand for gay marriage by banning the sale of two scoops of the same flavor in Australian shops. The aftermath of George Floyd’s murder, the company announced its pledge to ‘dismantle white supremacy and provided a list of demands to President Trump and the US Congress.

Approximately 700,000 Israelis live in settlements built on land Israel seized during the 1967 war– which many international communities see as illegal and a significant impediment to lasting peace with Palestinians.

The Prime Minister of Israel Naftali Bennett had a conversation with the CEO of Unilever, Alan Jope, about what he called the “Anti-Israel step,” warning that the decision would have “serious consequences,” legal and otherwise, and that Israel will act aggressively against all boycott actions directed against its citizens. Israel’s foreign ministry has also expressed outrage, condemning the decision as a “surrender to ongoing pressure from extreme anti-Israel groups” and accusing Ben & Jerry’s of unilaterally supporting “economic terrorism.”

An online statement released by Ben & Jerry’s said that “they have listened to the concerns raised by trusted partners and customers” and concluded that sales of its products in occupied Palestine go against the companies’ values.” A Palestinian-led campaign named “BDS” (Boycott, Divestment, Sanctions) is relentlessly working with international companies operating in occupied Palestine to stop the sale of goods. BDS praised Ben & Jerry’s decision as “a crucial step in the right direction to stop supporting Israel’s occupation” but urged on the company to do more. “The decision to stop selling ice cream in Occupied Palestine is not just a business marketing ploy, but illustrates the global effort against apartheid,”. BDS’s central strategy focuses on boycotting Israeli companies such as HP, Suba, and AXA, which they say plays a clear and direct role in violations of Palestinian rights.

Prime Minister Naftali Bennett condemned the American ice-cream giant Ben & Jerry’s decision, saying that the company had decided to rebrand as an “antisemitic ice cream” followed by “there’s plenty of ice cream, but we only have one country.” Israeli officials have expressed concern over the pressure from pro-Palestinian activist groups on international companies. Social media has noticeably changed the dynamic of how companies behave. Facebook, Instagram, Tiktok, and other platforms have become a frontier for publicizing support for Palestinians. Middle Eastern countries account for a population of approximately ~410m. The vast majority consider Palestine as a close neighbour; therefore, ice cream consumption will undoubtedly increase. Individuals have interpreted the decision to be a Middle Eastern marketing tactic as there is a clear financial benefit from withdrawing and not renewing its license agreement.

International companies will likely follow suit and use politics to promote their products on social media. Numerous businesses and investors have removed associations with Israeli Settlements. The most famous being Airbnb, which declared that it would remove all listings from the West Bank settlements until it reneged on its decision.

Ben & Jerry is taking a stand for justice by refusing to sell goods in occupied Palestinian territory. With this decision, Ben & Jerry’s joins other businesses that chose not to invest in West Bank and East Jerusalem due to political pressure. Pro-Palestinian groups are momentarily celebrating the successful withdrawal of goods in the region. This is a slight gain in achieving the vision set out by the BDS movement. The vision entails ending the occupation and colonization of all Arab lands and dismantling the wall, recognizing the rights of Palestinian citizens of Israel to full equality, and returning their homes. Should other international companies withdraw products from Israeli Settlements? What measures can be implemented to halt developments in the region? How can peace be achieved between Palestinian and Israeli citizens? Let us know in the comments.