The UK officials have warned of more severe coronavirus season, which will bring a lot of devastating effects upon the British. Due to the progress witnessed in vaccination programs, most governments ushered their citizens back to normal living conditions. Vaccines were solely the green light in this dark time that has been tormenting the world since last year. Many people heed the call to receive jabs to fight the virus and reduce death tolls. 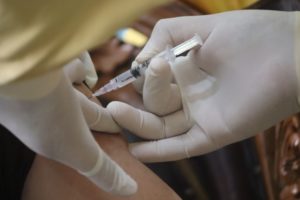 Despite vaccinating a vast part of its population, the British government officials are concerned over the surging cases of infections. It was projected that the coming periods are going to be challenging months for the whole nation.

These sentiments were aired out by Professor Jonathan Van-Tam, England’s deputy chief medical officer, in a question and answer session with BBC Breakfast and BBC Radio 5 Live. In relation to the current state in the UK, he said, “There are some hard months to come in the winter” [Source]. According to medical experts, covid-19 favors cold conditions and tends to cause havoc among humanity. Since this pandemic is likened to the flu, winter becomes its haven to dominate, becoming a mass killing machine.

Currently, the UK is witnessing a rise in positive cases, and the recorded deaths have been gradually rising in the autumn season. About 33 865 covid cases were recorded in the UK on Tuesday and around 293 deaths within 28 days of a positive test. Given these numbers, Van-Tam raised severe concerns over the impending situation, which winter conditions will trigger. In relation to such stats being experienced in autumn, he said these levels were “running this hot, this early in the autumn season.”

Reasons for this covid comeback were attributed to how people were now relaxed and believed the pandemic was over. The deputy chief medical officer alluded to Christmas and the winter months and warned that these festive months are “potentially going to be problematic.” People tend to ignore recommendations by the medical and are interested in partying while enjoying themselves at concerts or crowded places. Such zeal to have memorable events stems from the various lockdowns implemented to curb the spread of covid. During the lockdowns, humans were forced to stay indoors and abandon all other activities that required huge gatherings. 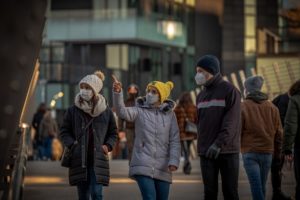 When the world resumed its outdoor life, people went wild in having fun, attending music and sports events, and they forgot about the pandemic, which is still far from over. Despite appearing as if positive cases are stable, Van-Tam noted that the infections are very high and ranked top in European countries.

He alluded to studies carried out and the findings which revealed that deaths were rising and more “signs infections were starting to penetrate older age groups.” This is a group of vulnerable people, and some governments prioritize them in getting the third jab, termed ‘booster’ vaccination program.

Due to the Tuesday infections and death figures presented, Mr. Van-Tam urged people to be cautious and stated that experts would analyze the data in the coming weeks. For Christmas to be a safe period, the onus lies with how people decide to behave themselves.

A combination of face masks, social distance, avoiding large gatherings, and vaccination rates would be “a big determinant between what happens now and the darkest months of the winter.”

He used a football analogy to explain the situation and “I would say we’re kind of half-time in extra time, and I think the final whistle in term of – I can’t predict it – but my personal view is that we’ve got a few more months to run, and I think we’ll be in a much calmer set of waters by spring.”

Medical personnel are worried over “co-infection” [Source], in which a person can be infected by both covid and flu, especially in winter. This might be fatal to face a double pandemic, and this is why the British were encouraged to receive their flu shots and covid jabs. Hence, with the cold weather looming in, it becomes imperative for people to adhere to strategies suggested by medical practitioners and be cautious all the time.

Does The Infrastructure Bill Begin The Democratic Party's Fight Back?