Does The Infrastructure Bill Begin The Democratic Party’s Fight Back?

By The White House - https://www.whitehouse.gov/briefing-room/speeches-remarks/2021/01/20/inaugural-address-by-president-joseph-r-biden-jr/, CC BY 3.0 us, https://commons.wikimedia.org/w/index.php?curid=99170775

The passing of the infrastructure seems to have given the Democratic Party a lifeline. This comes after a series of disappointments in decision-making and intense backlash by other politicians. After succeeding former US President Donald Trump, Joe Biden was immediately immersed in a sea of challenges facing the United States. He was chosen amid the Afghan war, Covid-19 devastation, migration flooding, and an ever-increasing number of poor people in the nation.

However, a green light might have shown through the infrastructure bill to rebuild America and cover-up for weaknesses identified in various sectors. The Guardian noted how the bill, to Biden’s administration, “represents an opportunity to regain control of the political narrative that the Afghanistan debacle in August had stripped from his grasp” [Source]. Many people despised Democrats for the way they handled the war in Afghanistan. A substantial portion of Americans were outraged by Taliban militants’ ability to take control of the country as soon as American troops left. But Biden defended his stance by saying it was high time to end the war, which had caused havoc for many years.

The “billion-dollar-plus” infrastructure bill was recorded in history as the largest since “the Eisenhower Congress gave American its interstate highway system in the 1990s”. This makes a significant move by Biden and the Democratic Party. In relation to the bill, the Guardian noted that “Infrastructural improvements in the country are urgently needed and, if handled well, will be greeted with enthusiasm by Democrats and Republicans alike.”

In relation to the passing of the bipartisan bill, the Financial Times stated that “It took last week’s electoral shock in Virginia to unblock the Democratic party’s internal logjam. Friday’s night’s passage of the bipartisan $1.2tn infrastructure bill delivered a remarkably upbeat end to the bleakest week of Joe Biden’s presidency” [Source]. Republican Glenn Youngkin was victorious in Virginia against a Democratic candidate Terry McAuliffe, and Biden’s 10% in the state did not aid McAuliffe’s win. Because of this defeat, it was believed that the Democrats might be facing difficulties in the midterm elections.

During the voting process of whether to pass the bill, 215 Democrats voted yea, while 6 voted nay. Only 13 Republicans said yes, and the rest were opposing. The result was tallied at 228 for yea and 206 for nay, thus a victory for the Biden administration. The bill is expected to “help ease US inflation pressures by reducing supply bottlenecks. It will thus help cement the US economy’s post-pandemic rebound”. It will inject the necessary funds needed to trigger progress in American renewable energy, which is a good aspect of development as it is in line with climate change requirements agreed upon at the Cop26. 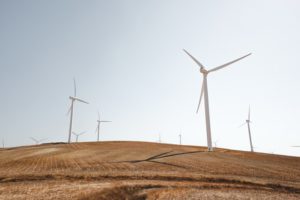 Commenting on Friday’s victory, president Biden was delighted to have gunned support from some Republicans and amassing votes from people who believed in his vision. Due to the opposition faced by various government officials, it was hard to think that the bill would have passed. He said, “All along, you told me I couldn’t do any of it anyway. From the very beginning … You didn’t believe we could do any of it. And I don’t blame you. Because you look at the facts, you wonder, ‘How is this going to get done?'” [Source].

In the past week, more good fortunes were inclined to the Democrats regarding economic progress and the fight against covid-19. A jobs report presented on Friday was more positive, and the vaccination program, which is utilizing Pfizer, had recorded good results in treating ill patients. Analysts projected that if Pfizer managed to tame corona into the regular flu, the Democrats would take all the credit for choosing the correct dose to fight against a deadly virus.

Other political analysts argued that it would take a lot for Biden and the Democrats to win over people’s hearts. But for now, the Democrats can boast of gaining some political ground in serving the people and successfully carrying a campaign for their bill, which blossomed for the greater good.

The Rise of Copper has Uncovered the Dark Side of Clean Energy.

Poland Warns of Potential "Armed" Escalation at the Belarus Border