The UK can be pushed to reconsider the idea of returning to lockdown since covid-19 seems to be enacting havoc in Europe. Due to progress made with the vaccination program, most European countries had relaxed their rules and lifted some stern restrictions. This was done to usher people back to normalcy. But the normal conditions are now threatened as the virus keeps on tormenting people. 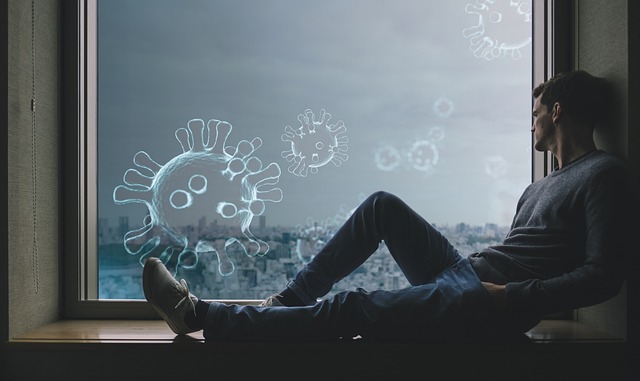 In some nations, like the US, they are already rolling out third vaccine doses, termed “booster vaccines”. This is done in order to protect people and reignite the effectiveness of the doses which they were already given. Currently, Western Europe is facing a serious threat from the Delta variant, and this problem has been aggravated by low temperatures which are being experienced in the country.

When Prime Minister Boris Johnson removed restrictions, health experts projected that the pandemic might worsen if people get too relaxed and ignore preventive measures. After stay-indoors campaigns and lockdowns, communities had missed the outside and when the restrictions were removed, people went on a wild run enjoying themselves. According to analysts, such behaviour was accompanied by a lot of negligence and prompted the virus to spread even more.

And now, the British might have to reconsider placing their country under lockdown again if the situation worsens. But a closer study on the situation revealed that the UK can pull through this threat without even activating restrictions again.

It was noted that the UK unlocked itself during summer and autumn, unlike other European states. It was deemed necessary to unlock while experiencing hot conditions as the virus would have been toned down by weather conditions. Also, the UK was hit by the Alpha and Delta variant a little bit earlier than other countries so it was in a better position to go for unlocking conditions [Source]. Other states which maintained lockdown restrictions are now facing a surge in infections which was witnessed in the UK during its unlock period. Because of this, the UK can be regarded as safe from the exit wave causing havoc in surrounding areas.

Also, the British boast of a reliable immunity condition which was propelled by the vaccines. As a developed country, the UK was able to acquire the best vaccine doses recommended by the World Health Organization and obtained even those which were modified to work against emerging variants. While others are still struggling in persuading citizens to get vaccinated, a big chunk of the UK population is fully vaccinated, including the vulnerable groups of elderly people and those suffering from serious chronic diseases.

Researchers at the London School of Hygiene and Tropical Medicine came up with a study model aimed at predicting the effects to be incurred if every person in England is infected with covid-19 [Source]. The model’s objective was embedded in this statement as doled out by the authors “We estimate the potential remaining COVID-19 burden in 19 European countries by estimating the proportion of each country’s population that has acquired immunity to severe disease through infection or vaccination”. They also noted that “Our results suggest that many European countries could still face a substantial burden of hospitalisations and deaths, particularly those with lower vaccine coverage, less historical transmission, and/or older populations”.

The results suggest that “England would have by far the fewest people ending up in hospital – 62 per 100,000 people – because of immunity built up by vaccination and infection”. The UK recorded about 9 million positive cases, and this is a huge number that is going to aid its immunity when covid-19 stamps hard on its doorsteps. The study also noted that countries such as Germany will likely experience high death rates and hospitalization because of low infections while Romania will also suffer due to resistance by people when it comes to vaccination.

More so, the UK is exerting a lot of effort in rolling out boosters to its citizens, and medical experts are quite confident about the immunity levels exhibited by the British. Commenting on the issue of booster vaccines, Dr Lloyd Chapman said “We are giving those boosters to the very people who are most at risk at perhaps the best time – they will have the best protection in winter”.

The UK now has a stable environment and experts are divided on what exactly is maintaining this stability. But everyone is actually concerned if such an occurrence will last throughout the winter period. Scotland and Northern are already tossing around the idea of implementing restrictions again. For now, the UK seems like it will survive the winter conditions if the current infection trend is consistent.